Check out the best fall attractions in Europe should not miss. Read further to find out which ones might interest you!

While many consider fall to be a shoulder season for travel, there are plenty of reasons that would show you otherwise. Fall is considered as one of the best seasons to travel to Europe. In this post, we have outlined some of the best fall attractions in Europe you should not miss!

The weather is mild – not too cold or not too hot – and the fall foliage is a nature lover’s dream. There are plenty of fun-filled attractions and festivals worth checking out in Europe during this time of the year.

Get ready to start your journey to Europe this fall! While this might be considered as a peak season for travel, you can take advantage of the fact that there is less crowd so you can make the most of these attractions. 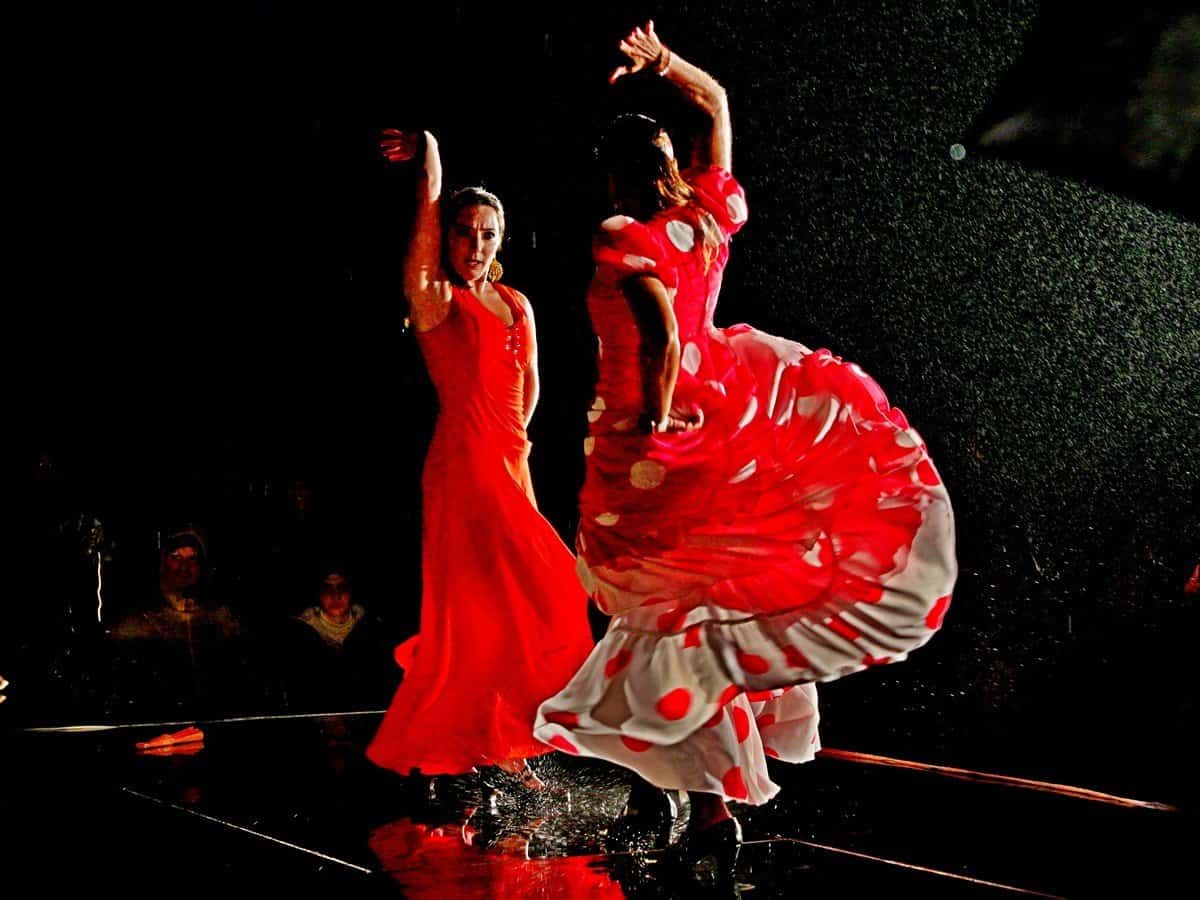 Another fun and exciting event in Spain, also one of the best Fall attractions in Europe. A long-time tradition in Seville, the Bienal de Flamenco de Seville, has been celebrated since the 1980s. It is known as the largest flamenco event in the world. This flamenco festival is observed once every two years in the city of Seville.

Also, it is known as the purest expression of music, dancing, poetry, and singing. This festival is designed to preserve the art of flamenco and to showcase this rich tradition to the world.

The whole celebration lasts for up to 3 weeks, giving you plenty of time to visit it when you are in Europe during the fall. There are several flamenco artists and enthusiasts that gather at the event.

When in Belgium this fall, don’t forget to stop by one of the most popular festivals: Poperinge Beer Festival. The Oktoberfest in Germany isn’t the only one that celebrates the beer tradition in Europe.

The festival happens once every year. Thus, you have to make sure to check the schedule before booking your trip to Belgium. This is one of the most exciting best Fall attractions in Europe that is worth visiting.

The celebration takes place in the region of Poperinge, which is known as the only hops region in the country. It typically happens during the third weekend of September and is held all weekend long.

But over the years, the hop industry has declined, and the festival is done to keep it alive. It is also a great way to learn more about the beer and hops culture and folklore in Belgium.

As one of many autumn food festivals in the country, the Alba White Truffle Festival in Italy is known for its best cuisine, and you cannot pass up this festival! This festival is held from October to November in Alba – a town known as home to the white truffle in Italy.

In this festival, you will find dozens of truffle hunters that showcase their best treasures. This is a type of mushroom that grows predominantly within the region of Piedmont. It is known as one of the most expensive foods in the world.

But when you visit the festival, you have the chance to buy small specimens of truffles, so they are quite affordable. There is a fee to join the fair, but the moment you walk in, you get your money’s worth as you can smell the truffle in the air. This fair is open during weekends from October to November.

As another one of many autumn food festivals in Europe, the Great Cornish Food Festival in England is an annual festival that lasts for three days. Up to 40,000 foodies come to this festival, and it is believed that plenty of holidaymakers plan their vacation around this festival.

England has a rich culinary tradition. Luckily, this festival is just one of many that are developed to celebrate that. It started in 2004, and because it experienced great success, it has been held annually ever since.

Since it was launched, the number of visitors to this festival has grown steadily with each passing year. It is also a go-to event for local foodies and food industry professionals.

Another must-visit festival that will satisfy your tastes and senses is Ireland‘s Galway International Oyster & Seafood Festival. This is an annual festival that is held in Galway during the last weekend of September.

Surprisingly, the event also coincides with the oyster season in Ireland. It was established initially by the Galway City & County tourism board to celebrate the Galway Native Oyster.

Initially, this has been established by the Great Southern Hotel’s manager, Brian Collins, to attract visitors during the quiet tourism season. Aside from showcasing various oyster dishes and delicacies, there are also numerous activities held during the festival.

READ ALSO:  Top 15 of the Most Visited Tourist Attractions in Europe

As one of the largest festivals in the world. This festival originated in Germany but is now celebrated in various parts of the world. This event is a beer festival and funfair in one. Don’t miss the fun of this event, for this is one the list of the best Fall attractions in Europe.

In Germany, it is held in Munich and lasts for up to 18 days (first week to last week of September). Oktoberfest is an integral part of the Bavarian culture and dates as far back as the 1800s. During this event, up to 7.7 million liters of beer are consumed by visitors.

Aside from chugging a beer, the visitors to this festival can partake in several activities such as side stalls, games, and amusement rides. This is also a great way to sample traditional German foods.

READ ALSO:  Top 23 BEST Places to Visit in the Riviera

As one of the most interesting attractions in France during the fall, Paris Nuit Blanche is one of the best. It is an opportunity for tourists to see Paris filled with neon lights and other bright lights. This event is held during the first weekend of October and is observed in various parts of the city.

As part of Paris Nuit Blanche, there are concerts, exhibitions, and installations that are set up in different parts of the city. There are also performances and staged scene sets for tourists to enjoy. This event is a celebration of contemporary art and provides a unique perspective to enjoy the city.

Public transport operation hours will be extended to accommodate the crowd of tourists and locals who choose to participate in these events. Since it was started in 2002, the Nuit Blanche Paris is one of the most sought-after attractions during fall.

READ ALSO:  Top 17 UNIQUE Places to Visit in the Nordics

Another must-see festival in Italy is the Boccaccesca Food and wine Festival. This festival is held in Florence amidst the rolling countryside of the Tuscan region. This festival takes place during the second weekend of October.

When you partake in this festival, you can expect to sample wine tastings with some of the best pairings. There will be professional sommeliers on hand to introduce you to the best wines of the region.

You can also use this opportunity to buy the best local wines to take home with you as a souvenir. Other must-see activities at the festival include cooking competitions, talks by Italian food experts, and cooking demonstrations by well-respected Italian chefs.

There are more activities that you can enjoy during the event. Make sure to check the schedule before you go. The activities might differ every year so that visitors will have something new to look forward to each time.

Lviv’s Festival of Cheese and Wine

Headed to Ukraine this fall? The Lviv’s Festival of Cheese and Wine is one of the must-see festivals to check out, especially if you are into gastronomic delights. It is known as the primary food festival in Ukraine that allows you to learn more about the wine and cheese culture of the region.

The festival usually takes place during the second weekend of October. During the festival, the largest producers and importers of cheese and wine will gather together.

This will give them a chance to showcase their best regional products and for tourists to have an opportunity to take home these gastronomic delights. You can also sample the best products made with local cheese and wines at the event.

For example, several bakers showcase their tastiest cheesecake creations at the event grounds. Make sure you sample the best cheesecakes made with local Ukrainian cheeses. This means that you can enjoy the best flavors that the festival can offer. And don’t forget to bring extra for you to enjoy later!

As one of the biggest events held annually in the cosmopolitan city, the La Merce Festival in Barcelona takes place during mid-September. It is a week-long celebration of Barcelona’s patron saint – Virgin of La Merce.

Known as the greatest party in Barcelona, there are many events that you can partake in for free. From live concerts in open grounds to the human pyramids show at the Placa Sant Jaume.

These activities are a fun way to immerse into the Catalan culture without breaking the budget. There are some of the must-visit festivals in various parts of Europe during the fall.

As you can see, each of these festivals has a different focus – from food, culture, music, and art. Whatever your interests maybe, you are sure to find a celebration somewhere in Europe to learn from and immerse yourself with the local culture.

READ ALSO:  30 BEST Fairytale like Towns in Europe (That Will Tickle Your Wanderlust)