9 BEST Places to Visit in Moldova (Fortresses, Castles, and More!)

Filled with ancient towns, traditional lifestyle, untouched countryside, and striking sceneries, Moldova enchants every traveler’s heart, making it unique amongst any other country in Europe. Every inch of this country can be your next wonderland for getting lost with serenity.

With its history stretching back for more than a millennia, it holds a lot of archaeological sites- flaunting how rich Moldova’s cultural heritage is. These add up as an essential bullet on your wander list of places to visit in Moldova. In fact, there are antiques discovered around the country, including weapons, cooking utensils, and even antique pieces of jewelry.

Even though the country doesn’t receive much attention from the world of tourism, this small, landlocked country is a top spot for people who love either joining or just merely enjoying how boozy this nation is. As the head wine producer in the world, there’s no doubt why the country gained a moniker like “the booziest nation.”

Strolling around the country will throw you in profound astonishment as the nation speaks Gagauz (a Turkish dialect), Romanian, and Russian. Some youngsters who live in Moldova even speak fluent English!

On top of anything else, travel to Moldova wouldn’t hurt your pockets as the commodities, accommodations, and transportation throughout the country is relatively cheap.

Can’t decide what to see in Moldova? Check out this wander-list below!

❗️ Be insured before your trip and get a SafetyWing FREE insurance quote
📚 Read our post about why you should always have insurance
✈️ Find out how to find cheap flights using Skyscanner or find deals now
🛌🏻 Book your accommodation through Booking.com, Expedia, or Agoda
🎭 Find awesome and hassle-free tours through GetYourGuide or Tourradar
🚘 Explore the surrounding areas on an epic road trip with Auto Europe
📱 Read destination reviews and other traveler tips on TripAdvisor

Named as the capital of Moldova, Chisinau is the fusion of Moldova wonders. Even though the city experienced a series of horrors back then when it was destroyed by World War II and an earthquake, it has maintained its fame as one of the country’s most vivacious destinations for locals and visitors.

Most of Moldova museums are stationed here in Chisinau, including the Army Museum, National Museum of Ethnography and National History, the National Archaeology and History Museum, and the National Art Museum.

Aside from that, tourists enjoy the large parks flanked diagonally, which are the Grădina Publică Ştefan cel Mare şi Sfînt and Parcul Catedralei.

As tagged by a hefty number of tourists who have visited Moldova before, one of the best places to see in Moldova is in Chisinau- the B-dul Ştefan cel Mare, which should unquestionably be on your priorities list during your Moldova travel. 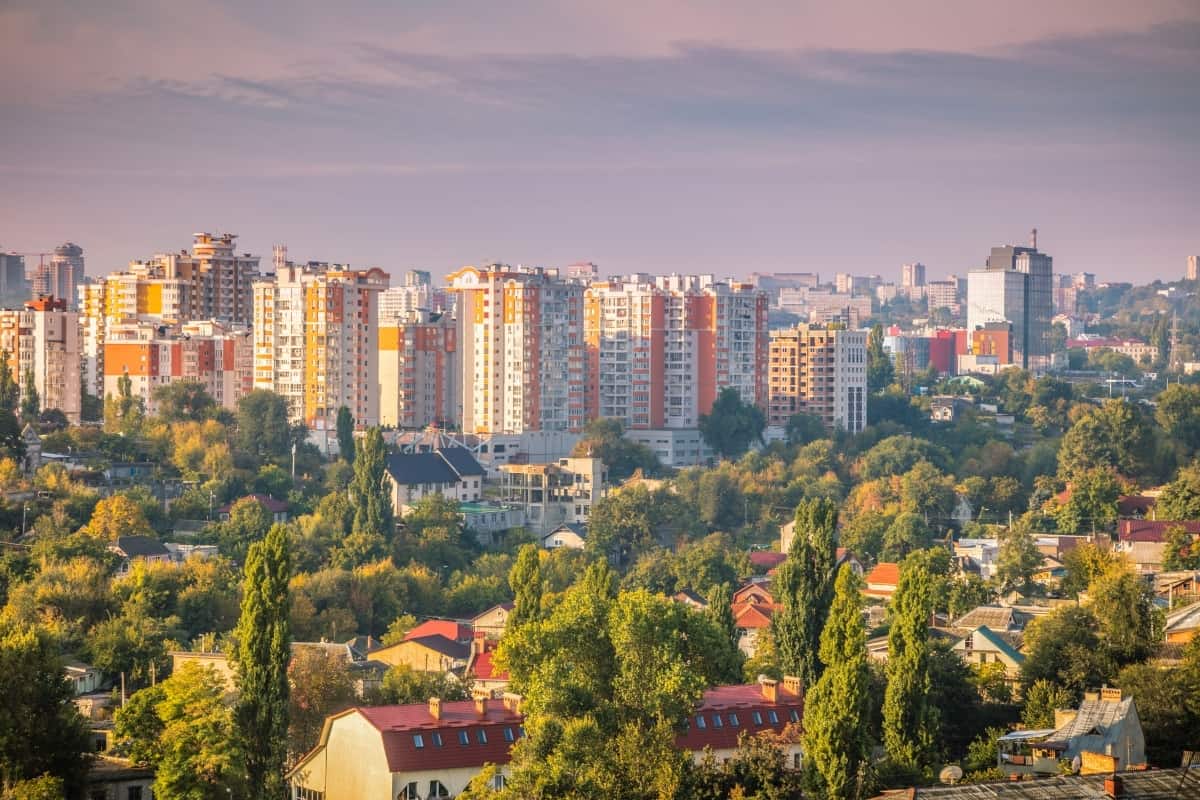 Chisinau is one of the best places to visit in Moldova!

Being the second-largest city in the tranquil countryside of Moldova, Tiraspol is a destination where you can catch a glimpse of what’s unique to Moldova with traces of the country’s dark and golden days visible in its architectures and almost everything that you will encounter when you travel to Moldova.

By roaming around the corners of Tiraspol, you’ll get a slight tinge of strangeness as the city is eerily more silent than any other cities you’ll visit during your Moldova travel. In its parks, hints of the Soviet Union are still apparent.

In fact, when you go through the city’s parks and Moldova point of interest within Tiraspol, it will seem like you’re looking through a clear glass from the past, revealing what had happened around the place. With this, Tiraspol is indeed attractive enough to embody Moldova’s rich history.

What to see in Moldova? History wouldn’t be well-preserved if museums weren’t built to take care of the relics. And there is a lot of that in Tiraspol, which grabs the eye of every traveler! Some of Tiraspol’s attractions are the Noul Neamt Monastery, Kvint Factory, Tiraspol National History Museum, and the Zelinsky House-Museum.

Aside from that, there are a lot of things to do in Tiraspol, including climbing up the bell tower to get a bird’s view of the Noul Neamt Monastery, dining in Kumanyok, or taking a sip of coffee at Café Larionov.

Situated on the Dniester River, Bendery is a leap closer to nature with its lush surroundings paired with aesthetics than some people note as its counterpart- Tiraspol.

This greenish city, which was previously called “Tighina,” is the home of one of Moldova’s best attractions- the Bendery Fortress, which is a relatively old structure in the country that has witnessed the battle between Turkish and Russian forces.

Some tourists who wish for a more organized tour opt for a Moldova travel guide. Around Bendery, there are several offers for private trips, which will help you make the most out of the best things to do in Moldova.

If there’s something that’s unique to Moldova, that’s probably their wines since they produce a large number of those yearly. Although the country indeed has a lot of wineries, it is in the southern part, including Cahul, is one of the places where you can find mass productions of wines and of course, most of which you can get a sip as a tourist.

Since the place is quite at a distance from the city, how the people live up to old traditions is no secret. Villages in the town of Cahul respect the culture very much, making the city a destination for the country’s cultural events.

As the place serves as a home for about 30,000 people, of which 70% are from Gagauz ethnic, the city of Comrat is an absolute stakeholder of the country’s promising culture- as well as being a promising destination, making your travel to Moldova a memorable one.

With the city being supported by agriculture as its prime industry, dairy farms, canning factories, and of course, the well-loved Moldova wines are produced here. Also, the city itself lies in Moldova’s so-called “winemaking region,” which reflects as to why the city owns a considerable part of holding Moldova’s crown as wine’s largest producer.

Similar to any other cities around Moldova, the town also has several museums that serve as Comrat’s attractions, including the National Gagauz History and Ethnographic Museum, Gagauz Art Gallery, Monument to Tank Men, Monument of Lenin, and the Monument to the Afghan War Soldiers.

As the other cities in Moldova hide and preserve their treasures and artifacts in museums or galleries, Cricova is one of the unique places to visit in Moldova as most of its gems hide beneath the ground- wine bottles which are placed in cellars. Also, there are a lot of tunnels that serve as cellars- you can even see an emporium of wines underneath.

But to get a magnanimous glimpse of Cricova’s finest, you don’t have to explore the deepest grounds or the highest high. The moment you step on the soil of Cricova, you’ll see grapevines naturally decorating the place. Ancillary to that, a sign spelling out Cricova is made out of wine bottles. What’s more interesting about Cricova is that the streets were named after wines.

If you’re looking for a place with a lighter influence of Moldova’s boozing nation- or just the cities swaggering with their wealth in wines, then the city of Balti is the perfect choice for your Moldova travel.

Although a tourist excursion is rare or almost non-existing in this city, it’s still plausible to get through the town, if you know where to go and what to expect in Balti.

Having a total of 150,000 inhabitants, or precisely the third-largest regarding population in Moldova’s cities, Balti preserves and has its cultural hub. Interestingly, it has two one-of-a-kind museums, namely Balti History and Ethnography Museum, and the “Antioh Cantemir” Pinacoteca.

Set in Moldova’s heart, the city of Orhei beholds tourists with its heritage sites and magnificent, ancient structures. As one of the oldest towns of Moldova, Orhei got its name from a prominent attraction in the city- the Orhei Medieval Fortress.

As the city lies in proximity to the river of Nistru, the commercial trade gets easy access, pumping Orhei’s economy up.

Since the city is where the Chateau Vartely winery is established, Orhei is also a source of wine production- let alone the fact that it owns one of the most modern wineries in Moldova. It also has mesmerizing underground cellars similar to Cricova.

Culturally speaking, Orhei boasts in both archaeological complexes and museums. Moldova’s points of interest can be unraveled here in Orhei, the Orheiul Vechi Monastery with its rocky bluffs and monasteries out of caves. Wrapping every feature together, it’s evident as to why Orhei has one of the best offers when it comes to sightseeing in Moldova. 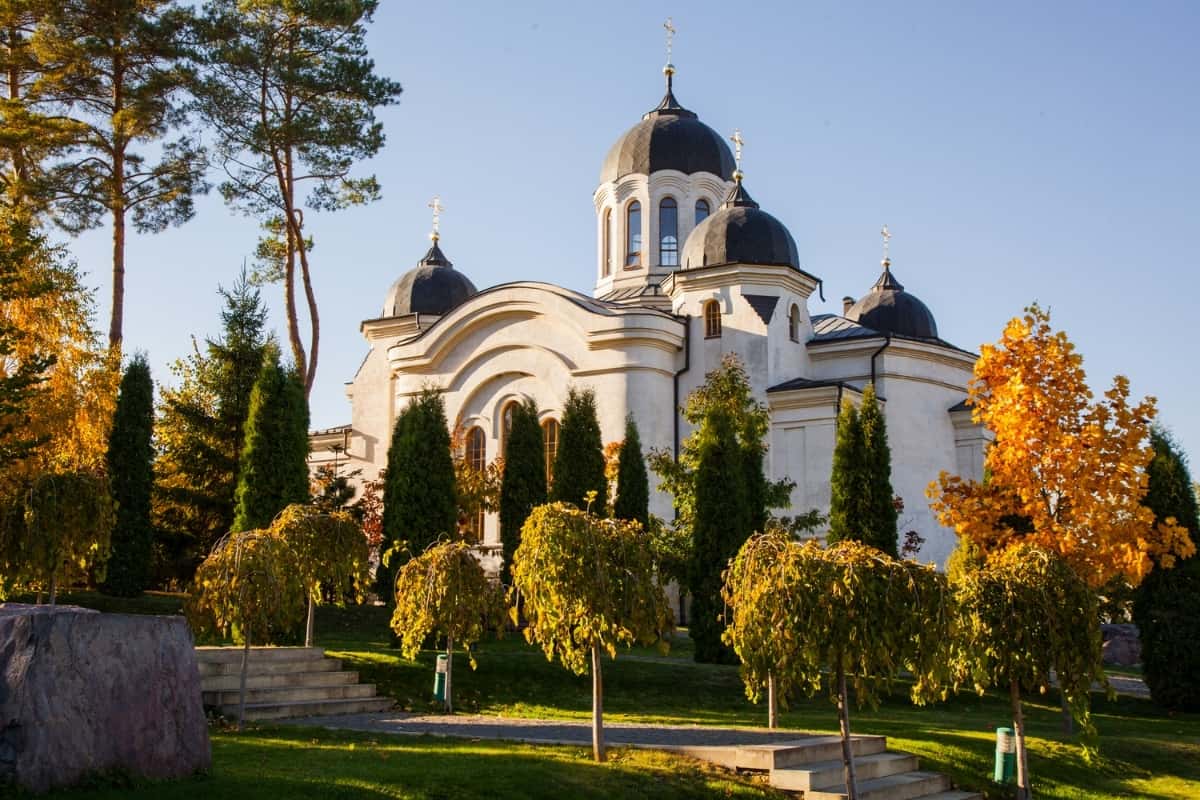 Earning the nickname “the Roma Capital of Moldova,” Soroca flaunts its walls filled with the touch of Moldova’s grandeur. This city is known to live in a much higher standard compared to any other place around Moldova.

With this, there are undoubtedly many exhilaratingly exciting places to visit in Moldova, which is exclusive to Soroca. Historical yet fascinating at the same time, the Soroca Fortress brings Moldova’s history to every visitor. From its medieval style to serving as the primary defense of the country’s border, this ancient architecture is now an attraction, building a trademark structure for the city of Soroca.