Top 10 Places to Visit in France

Wonder if there's more in France than Paris? Of course! Here's a list of the top places to visit in France you must not miss. Check it out!

There was a saying, “When France sneezes, Europe catches a cold.” This very saying screams the importance and grandeur of France. No wonder, France remains one of the most important pieces of European puzzle that has enticed the world for hundreds of years.

So, the travelers who are caught in the dilemma of finding the best places to go in France are up against a serious problem. Don’t ask where to go in France? The problem is that there are way too many places to visit in France, and listing all of them is virtually impossible.

So, a shortlist is on its way.

Now the list of France destinations that tourists shouldn’t miss…

Useful travel tips for every traveler (Budget or not!)

Think style in Europe and Paris – the capital city of France comes out with flying colors. One of the best cities in France. Considered as the “crème de la crème” or archetype of glamor.

Paris is France’s point of interest, undoubtedly a place to be at when in Europe. No other place in Europe is probably as magnetic to tourists as Paris in France. The inhabitants of the metropolis move around with formidable hauteur that is probably well-deserved.

The Eiffel Tower and the Notre-Dame Cathedral are definitely the hottest of attractions, but for the artsy types, the metropolis does more justice than anywhere else in the whole of Europe.

Musée de l’Orangerie and Musée d’Orsay and the Louvre always remain the top picks for the tourists with the artistic and intellectual bend. And for those who want some famous cafés, Paris disappoints them because the city has nothing less than legendary cafés. All it takes is a quick turn into Boulevard Saint-Germain-des-Prés.

Also, for families who want to visit the happiest place on earth, then go to Disneyland Paris – Paris is indeed perfect for the whole gang. Wines for the parents, Mickey, for the kids!

Where to stay: Best hotels in Paris, France

No one can ever say that a visit to Versailles was disappointing for it always remains one of the best places to visit in France. The grandeur of France, the zenith of French opulence – everything culminates into Château de Versailles or the Palace of Versailles.

One hour journey from Paris to the southwest direction takes anyone to the awe-inspiring palace that hosts 352 fireplaces, 67 staircases, and a whopping 700 rooms.

The palace was built under King Louis XIV. It took 51 years to complete the construction of the palace. It takes a while to take a good look at the palace, and there are some rooms that don’t require a guide for visitors. Those rooms are called Grands Appartements. Missing out the Galerie des Glaces is an absolute NO because it is this Hall of Mirrors where the famous Treaty of Versailles was signed when World War I came to an end.

Just like Paris is one of the top tourist attractions and the best cities to visit in France, France tourism remains incomplete without visiting Versailles.

Read also: Top 15 of the Most Visited Tourist Attractions in Europe

Where to stay: Best hotels in Versailles, France

Thinking of the French countryside brings Provence to the forefront. There is no regal indulgence here. There’s nothing like Eiffel Tower or Château de Versailles. It is all about the simplicity of nature.

Sightseeing is France loses its meaning without a quick visit to Provence. Nestled on rocky outcrops, the fortified medieval villages never fail to enchant their visitors. And yes, missing out on the perched village of Eze overlooking the French Riviera coastline is not recommended.

Nothing prevents French Riviera from entering the list of top places to visit in France. It is a Mediterranean coastline that the French call Côte d’Azur simply because the waters have a bright azure-blue color that whisper ‘awe’ into the souls of the visitors.

Starting at Saint-Tropez that overlaps with Provence, the French Riviera goes all the way up to Menton, which is only 30 kilometers away from the Italian border.

For the rich and the famous, the resort towns of Monaco, Cannes, and Saint-Tropez are heavens and one of the famous places in France.

Cannes also became one of the top popular cities in France to visit for the Cannes Film Festival. But, there’s too much commercialization, and nature lovers might want to head for Antibes that offer sandy beaches perfect for sunbathing in a natural environment.

Read also: Top Tourist Attractions and Things to do in Nice

Travel to France becomes complete for history buffs only if they visit Normandy. Yes, yes… the D-Day beaches.

Cow pastures, apple orchards, inspiring churches, historic castles – Normandy at first will look nothing more than a charming pastoral land. But then suddenly, there is the “The Heavenly Jerusalem” or Mont-Saint-Michel – the UNESCO World Heritage Site that came into existence during the Medieval era. Those looking for summertime destinations, Dieppe, Trouville, Deauville, Fécamp, and Étretat never fail to attract people.

Speaking of D-Day, checking out the Allied forces landing areas at Arromanches Beach, Ohama Beach, etc. will take anyone back into the past, and the Normandy Memorial Center located in Caen is a must-visit.

One can still go through the Nazi bunkers at Normandy only to feel the hair-raising chill running down the spine. France travel works as a time machine when tourists steps into Normandy. That’s something that cannot be missed.

Read also: South of France Road Trip: Top 7 Cities to Visit for a Stop Over!

Fairytale-Esque French tourism takes people to Châteaux of Loire Valley. A picture-perfect setting of the slow-flowing Lorie River dotted with castles along the banks and tranquil wooded landscapes – that’s something everyone dreams of, but France actually has them!

The Lorie Valley nestled between Chalonnes-Sur-Lorie and Sully-sur-Lorie is France’s largest site listed under UNESCO world heritage. This place served as kings’ retreat because between the 15th century and 16th century, the kings of France built grand palaces here simply because they wanted to enjoy and be entertained.

Some examples will be Château de Chenonceau, Château de Chambord, Château d’Azay-le-Rideau, Parc des Mini-Châteaux, etc. Châteaux of Loire Valley remains one of the best places in France, especially for those with children.

Read also: Top Tourist Attractions and Things to do in Nice

→ Where To Go: Enjoy skip-the-line access to one of France’s most stunning fairytale castles! [/message_box][gap height=”15px]

There are places in France for nature lovers. Those prefer natural sightseeing in France over kingly grandeurs that France has to offer. French Alps has no parallel. France is home to Mont Blanc – the highest mountain peak in the whole of Europe. The snow-capped peaks with glittering crystal-clear lakes, lush green pine forests, tranquil valleys, and roaring waterfalls – that’s pure heaven.

For the adrenaline junkies, the French Alps offer cross-country skiing, snowboarding, alpine skiing, and more. But for those who still want to find human marks, an ancient château in Annecy, the Chamonix village with traditional charm and spa towns like Evian-Les-Bain and Aix-les-Bains serve the purpose just perfectly!

A couple of MUST-VISIT sites during your awesome France travel shindigs are Pyrenees and Dordogne. These are the places to go in France where people just usher into the distant past and uncover the majestic prehistoric cave arts.

The Vallée de la Vézère in Dordogne is home to Lascaux Cave, where one finds the finest known Paleolithic art in the whole of the world. Unfortunately, the cave is now closed and no longer allows tourists to ensure that the cave paintings are preserved. The replicas of those paintings are, however, made available in Lascaux II.

Heading to Pyrenees region, the sad saga continues as the Grotte du Mas d’Azil is no longer made available to tourists. Only replicas of the intricate cave drawings can be seen in the Prehistory Museum called Musée de la Préhistoire.

50 kilometers travel from Grotte du Mas d’Azil leads tourists to Grotte de Niaux. This cave is still open and gives direct access to tourists to cave paintings that are as old as 14,000 to 10,000 BCE. No wonder, travel to France remains incomplete without a visit to Pyrenees and Dordogne.

→ Where To Go: Discover the history and beauty of Dordogne on this private full-day tour tailor-made to suit your interests! [/message_box][gap height=”15px]

Those who are spiritually bent and those who find solace in nature, Cirque de Gavarnie is a must visit the place during travel to France.

This UNESCO Heritage Site is sometimes dubbed by people as a cathedral carved by nature. Walls of granite rock towering to heights of 3,000 meters, make a semicircle and stay draped in rushing waterfalls that, at a distance, calm down into tranquil streams and jovial rivers.

It is a part of Parc National des Pyrénées bordering Spain. Lush valleys and forests give adrenaline junkies a chance to scale the hiking trails or during winter, go for downhill skiing.

This is definitely not the complete list of places to visit in France. There are much more that can appeal to people with varied interest. It is always suggested that people chalk out the France travel plans so as make the most out of the tour.

Considered the gastronomy capital of the world, Lyon is one of the marvelous cities in France, has a certain taste that appeals to anyone who comes and visits here.

Located in the Auvergne-Rhône-Alpes region in East-Center of France, Lyon is the third biggest city in the country, making it a hub of exciting expenditures to keep its citizens amused.

Apart from all these, expect numerous things to do apart from the usual wine tasting and cheese sampling, there are also world-class museums and numerous outstanding bars and restaurants to keep your days at Lyon busy as a bee.

If ever you do stumble upon this little corner of France, don’t forget to drop a visit at Musée des Beaux-Arts, Basilique Notre Dame de Fourviére – just some of the unmissable sights in Lyon.

Where should I go in France besides Paris?

There are just a few cities you can visit; however, there’s so much more! Just go through this list of places to visit to find out more.

Where should I go for a weekend in France?

And so much more!

What are the best places to visit in the South of France?

Where are the lavender fields in France?

Check out these activities in France 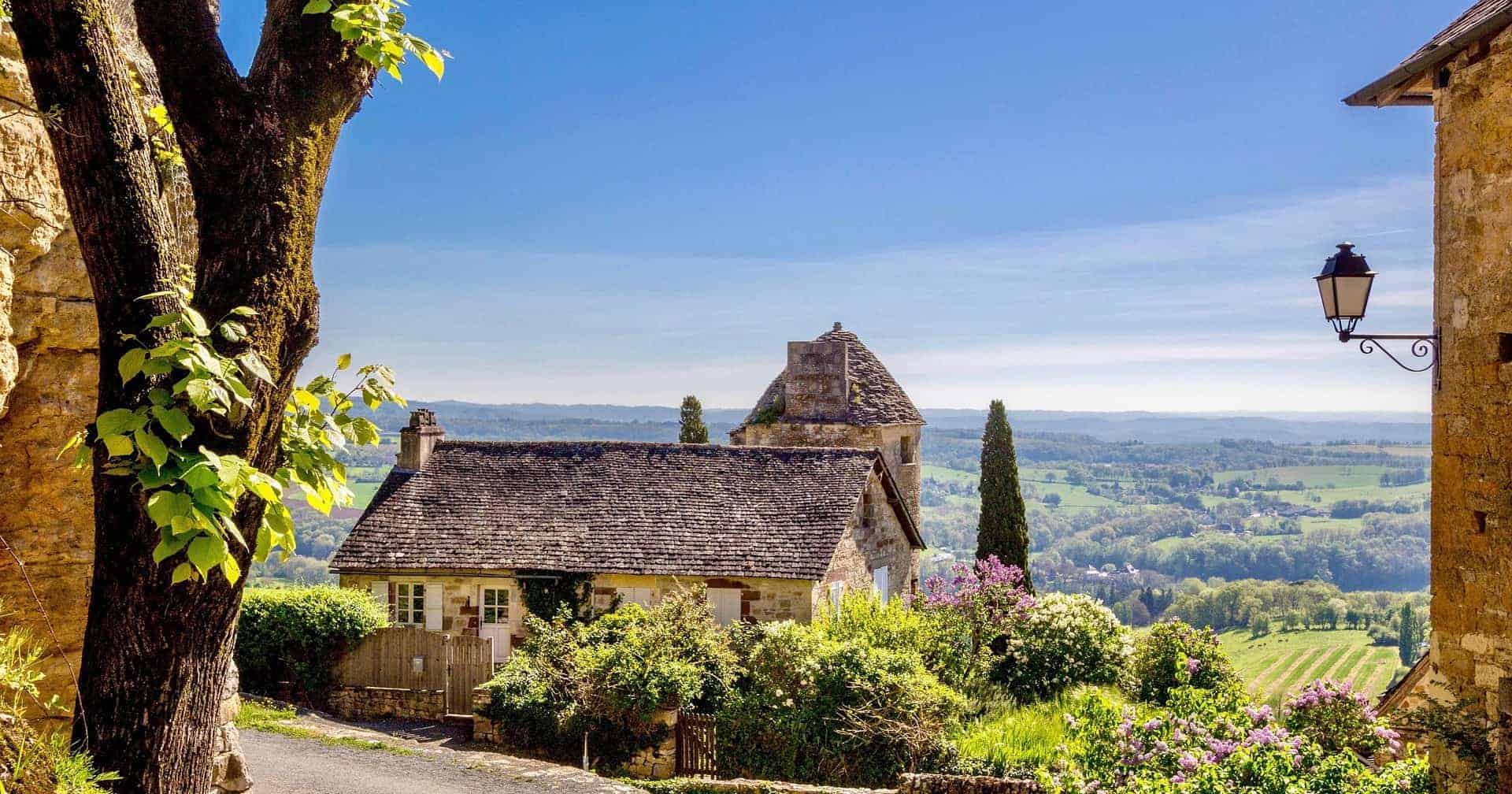 Scroll back to top
Share via
Facebook
Twitter
LinkedIn
Mix
Pinterest
Tumblr
Skype
Buffer
Pocket
VKontakte
Xing
Reddit
Flipboard
MySpace
Delicious
Amazon
Digg
Evernote
Blogger
LiveJournal
Baidu
NewsVine
Yummly
Yahoo
WhatsApp
Viber
SMS
Telegram
Facebook Messenger
Like
Email
Print
Copy Link
Powered by Social Snap
Copy link
CopyCopied
Powered by Social Snap
We use cookies to ensure that we give you the best experience on our website. By accepting this, you're giving us permission to use your data to improve our user experience. If you have further questions how we use your data, please read our disclaimer and privacy policy for more information.I acceptRead Disclaimer