Top 6 Things to do in Berlin (Germany)

The German capital is anything but typical: it’s a hybrid of a European metropolis, a living museum on its own, and a postmodern city of liberty.

Berlin’s cityscape is not beautiful per se – of course, we can open a debate on that, but compared to Paris or Rome, Berlin’s charm is more of a result of the co-existence of historic buildings and street structure and the heritage of socialism: huge, grey architectures and platforms.

Berlin’s beautiful architecture design has two faces. Indeed: formerly divided by the Mauer (the Wall) for 28 years (between 1961 and 1989), West and East Germany were split in two right in the middle of its capital, Berlin. The difference is visible even these days, and if you ask locals about it, they are still quite familiar with how things looked like before the Wall – either because they already have memories from that era, or because they heard it from their grandparents and parents.

The Wall still exists, partly, but only as a monument and parts of it are decorated by artists – that’s the famous East Side Gallery. Apart from the historical sights, the Berlin of our days is a welcoming, warm city where differences are celebrated, and freedom of the individual is respected.

Among the best of Europe, the nightlife in Berlin reveals an entirely different “city” – fun, colorful and crazy, the metropolis of freedom shines through the dark historical episodes and the image of Berlin as the city of history.

Visiting famous historical sites is among the top things to do in Berlin; however, as these places offer a unique perspective that can’t be found anywhere else in the world. The illusion of timelessness makes Berlin the best European destination for history-lovers, but it’s undoubtedly a worthy experience for everyone.

Here are some places that are all among the most important stops in any Berlin sightseeing tour!

Why should you visit Berlin?

If you like art, history, and culture – Berlin is certainly for you! Not only there are a lot of attractions to see, but the city is also rich with the local culture that offers unique value to whoever visits. If you enjoy cafes, fusion cuisine and is a devoted vegan, you’ll find that Berlin offers a lot of this, which is evident from all over this lovely German capital.

That said, there are also tons of nightclubs that offer different genres of underground music and party culture. Don’t miss out on this as it is an experience of a lifetime!

Other than that, you’ll enjoy visiting numerous museums, art galleries, and street arts while roaming around, so keep your camera within reach at all times.

Experiences and top things to do in Berlin 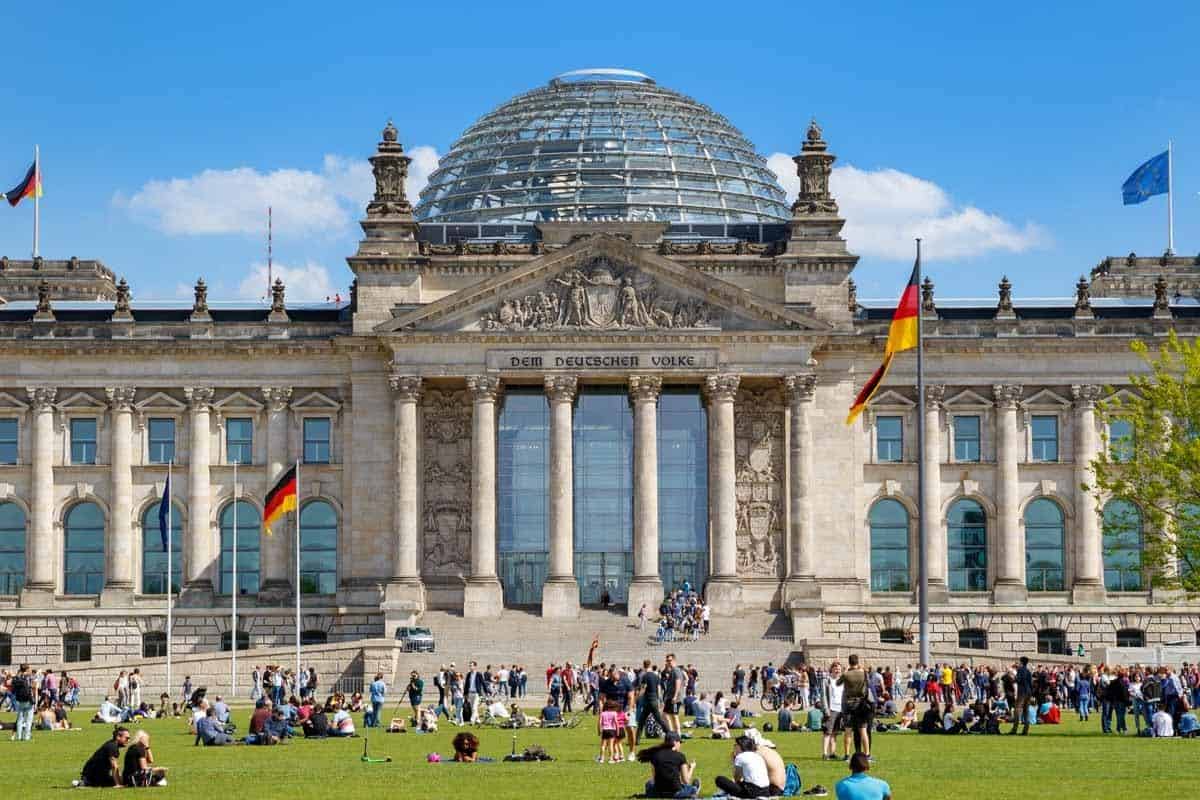 The Essentials: the Reichstag, the Brandenburg Gate, and the Fernsehturm

Without a doubt, the most sought-after Berlin tourist attractions are the Reichstag and the Brandenburg Gate, along with another modern-era signature sight, the Fernsehturm, the famous TV tower near the Alexanderplatz. The building of the Reichstag went through some long trying years – it was set on fire and was ruined and abandoned by the German parliament.

The Reichstag’s renovation started only after the Wall came down. Today an impressive dome crowns the building, giving a 360 degrees cityscape of the German capital. Once you visit Berlin, you can’t pass by the modern Reichstag! 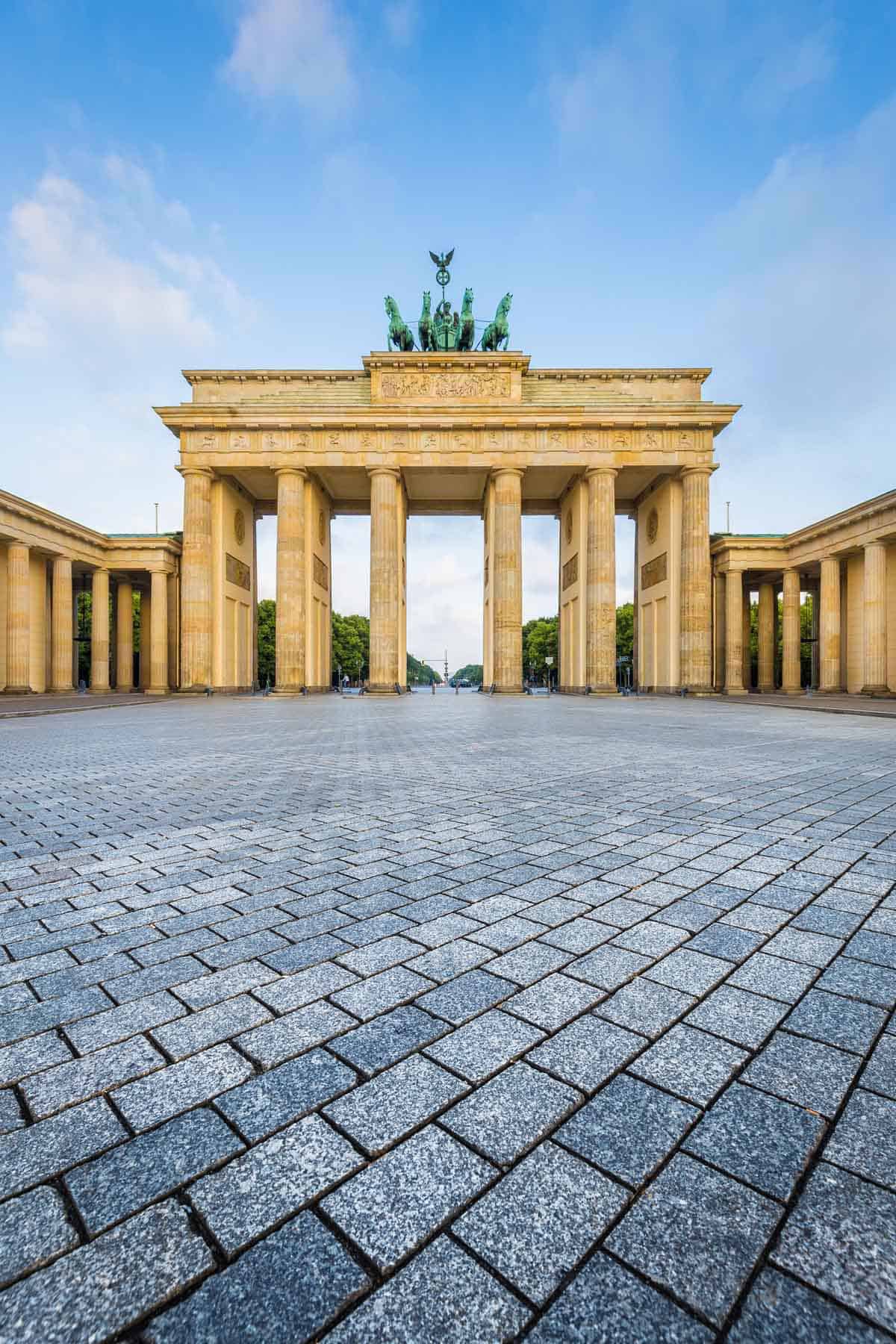 The well-known Brandenburg Gate is just within a few minutes of walk from the Reichstag. The tourist-selfie superstar monument was a primary historical site throughout German (and European) history; it’s no wonder that today it’s known for representing peace.

Last but not least, let’s not forget about another great symbol of the city, the Fernsehturm! This enormous tower (368 meters high!) is easily visible even from the suburban areas of the capital. Apart from giving a home to a visitor center and a restaurant in the sphere, the tower still has a role in broadcasting for radio and TV channels. 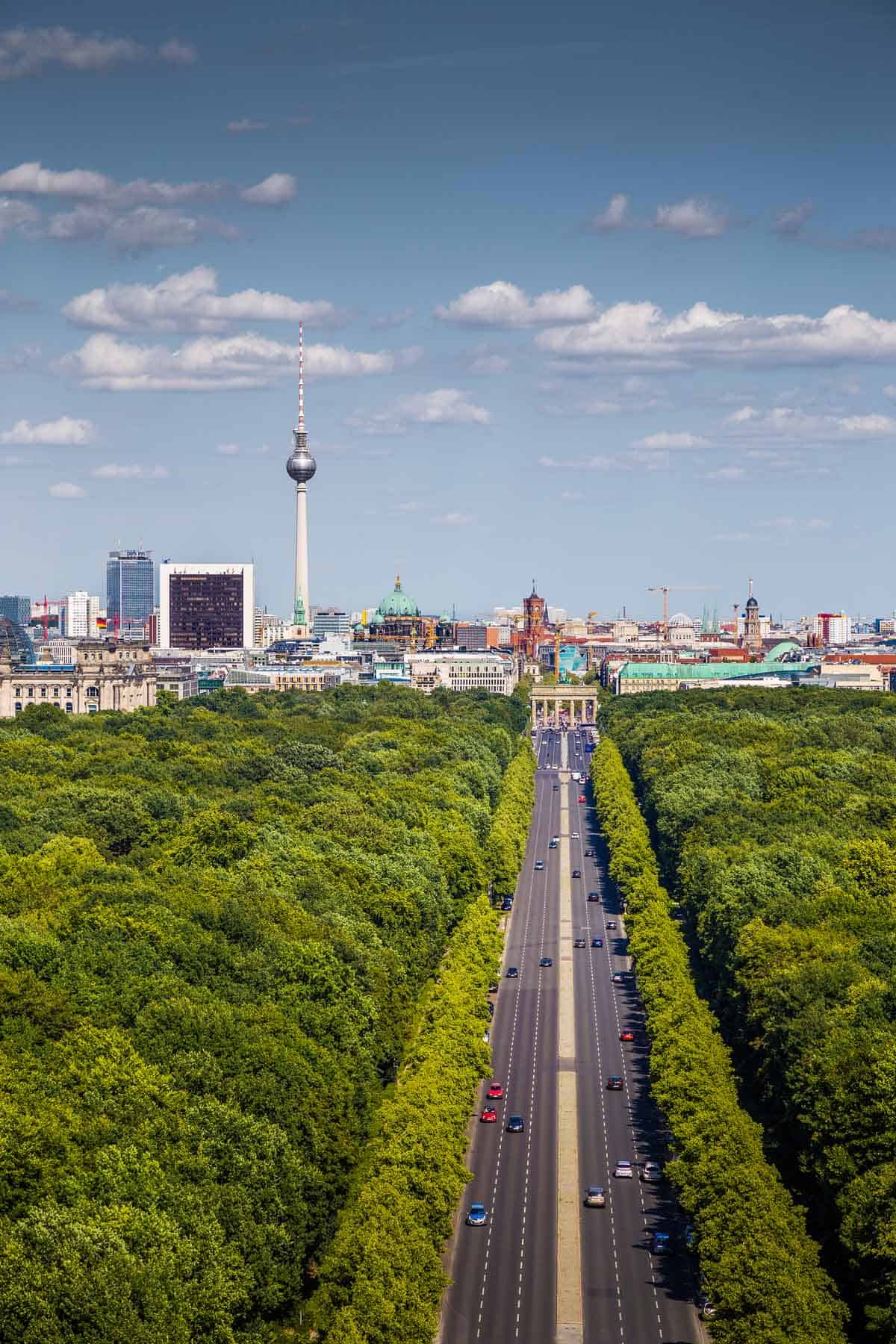 Back in the day: the Berlin before the War

If the Reichstag and the Brandenburg Gate inspired you to travel back in time to the pre-WW era, you would love the city center’s treasures. Jump back to the times when a stroll in the park was chic, and head to the Tiergarten, this enormous park system in the middle of the city.

As its name suggests, there is also a zoo among the trees and bushes, but that only takes up a part of it. Those who love to roam around endlessly will find their reward in the Victory Monument, in the middle of the park. 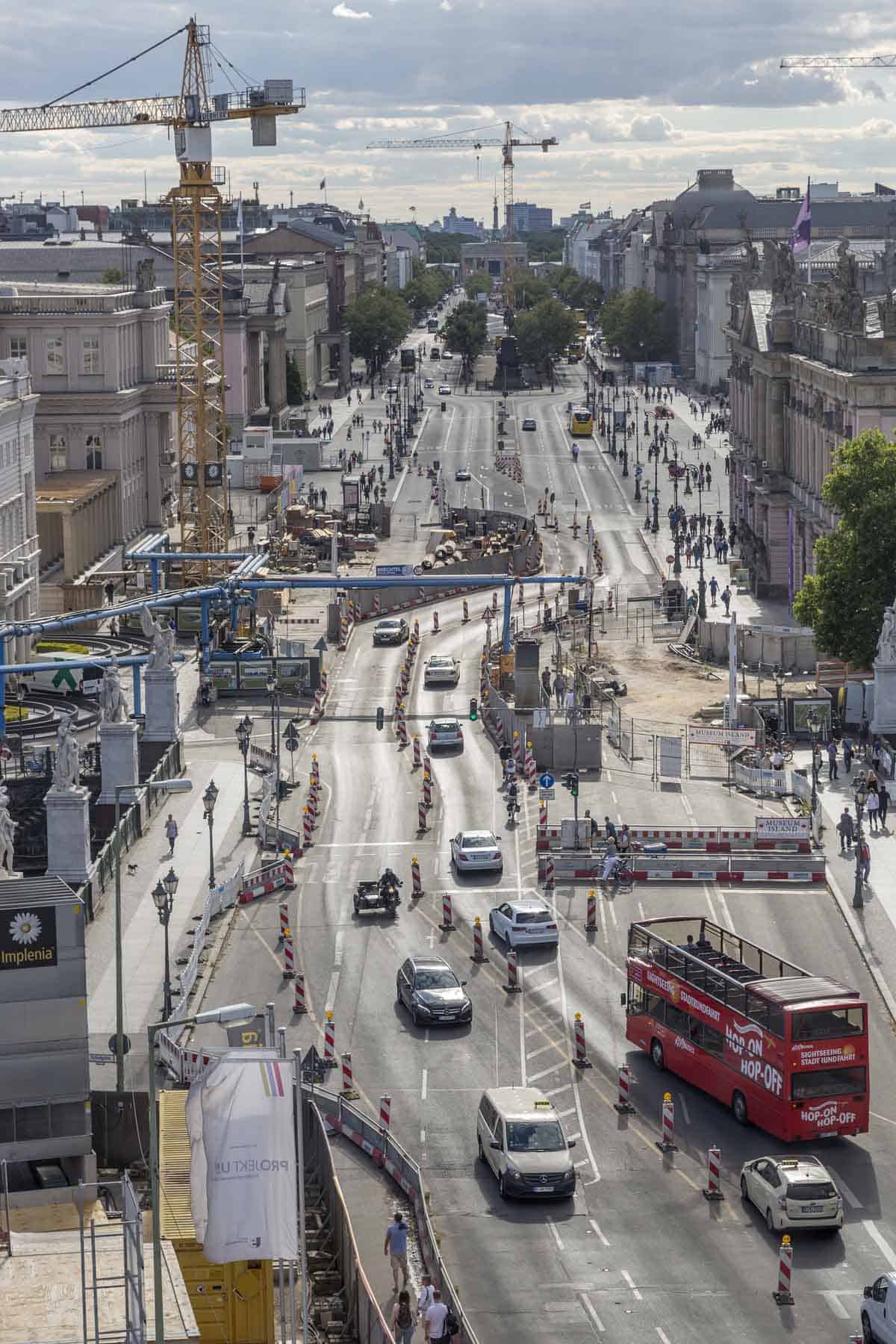 Not far away from the Tiergarten itself, you will find the Unter den Linden, a boulevard where Berlin’s cream of sights stand in line for tourists’ and locals’ attention alike. Leading from the Brandenburg Gate up to the Lustgarten and the Museum Island, you will find the gorgeous Berlin State Opera and the famous Humboldt University’s campus, as well as several embassies and museum buildings.

It’s nearly impossible to stay unimpressed in this city – if you are a lazy tourist or too tired to plan, one of the best things to do in Berlin is still just walking around and trying to get by with some broken German when asking for directions.

Not to mention that interacting with locals brings tremendous fun, primarily because they are friendly and caring. At the moment, they realize that you are not one of them; they immediately switch to English with ease and grace! 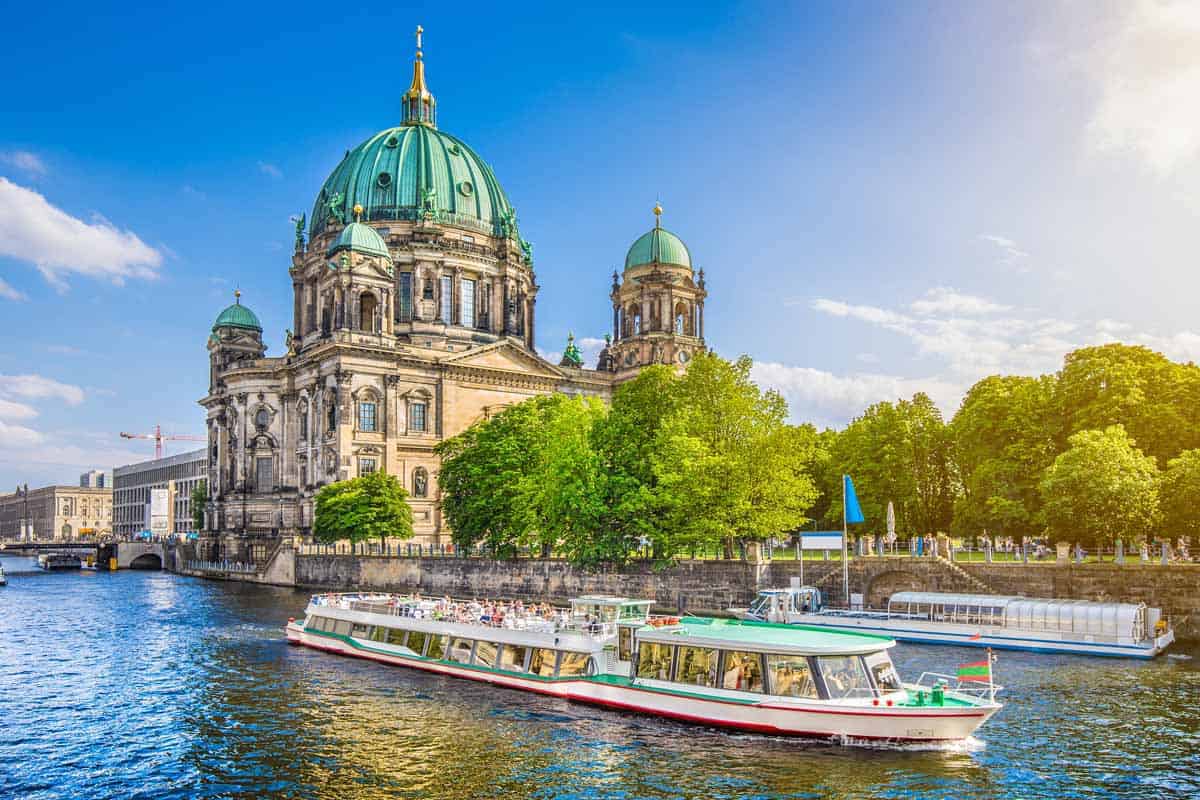 The Museum Island and its surroundings are a real treat for history lovers and for those who love to travel back in time, indeed. The first view to catch your breath is undoubtedly the Berlin Cathedral (or Berliner Dom in German). The stunning design of the Dom is a living memory of Historicist architecture and the era of the German Empire.

Near to the Dom, the Museum Island gives a home to several fantastic museums: the Altes Museum and the Neues Museum, the Alte Nationalgalerie (Old National Gallery, a collection of 19th-century art), the Bode Museum (a group of Antique and Byzantine art), and the Pergamon Museum. They attract visitors from all over Europe and the world as well.

Berlin is a top city break destination, not only for standing for their history but also for sheltering other treasures as well. The crowd standing in line in front of the Pergamon Museum is pretty much constant, and it’s not surprising when you take into consideration that the Museum houses the Pergamon Altar and the Ishtar Gate of Babylon.

The Museum also has an incredible collection of Islamic and Middle Eastern art, so it’s well worth a visit once you make it to the line in time!

The past that won’t fade: the Wall and the Holocaust Memorial

The 20th-century face of Berlin wears quite some marks of history. Berlin is a city of history and is unmatched in this role to this day, by surviving two world wars and the cold second half of the century with countless historical sites and remaining memories not only in the communities and locals’ microhistory but also being physically present.

One of the most remarkable experiences of „space” is definitely to be found in Berlin. Divided into two parts (or rather, four, at a time), by a Wall put up overnight, the streets and buildings tell a lot about where each borough belonged to during those 28 years.

The remaining pieces and „ruins” of the Wall are still visible today and are the best places to visit in Berlin, especially for history lovers. Turning an object of the dark past into a celebration and a memorial of freedom, the East Side Gallery is the main attraction of the German capital.

Showing 105 paintings and artworks by artists from all over the world, the East Side Gallery part of the Wall is still inspiring and sad at the same time, even these days. The colorful artworks have a very different and unique style, but their message is universal, in fighting for freedom, tolerance, and peace, against the war.

The original Wall also has a central memorial site, the Berlin Wall Memorial, and the famous Checkpoint Charlie is still where it used to be, too. During the years of the cold war, this checkpoint served as a crossing point between East Berlin and West Berlin.

Where the Wall was deconstructed, and a city or a platform was built upon its place, a memorial still pops up to remind the visitors of the importance of unity and peace. One of these „invisible” memorials are on the Potsdamer Platz, for example – take a look in front of yourself, on the ground, and you will find the exact mark of where the Wall used to stand back in the day. 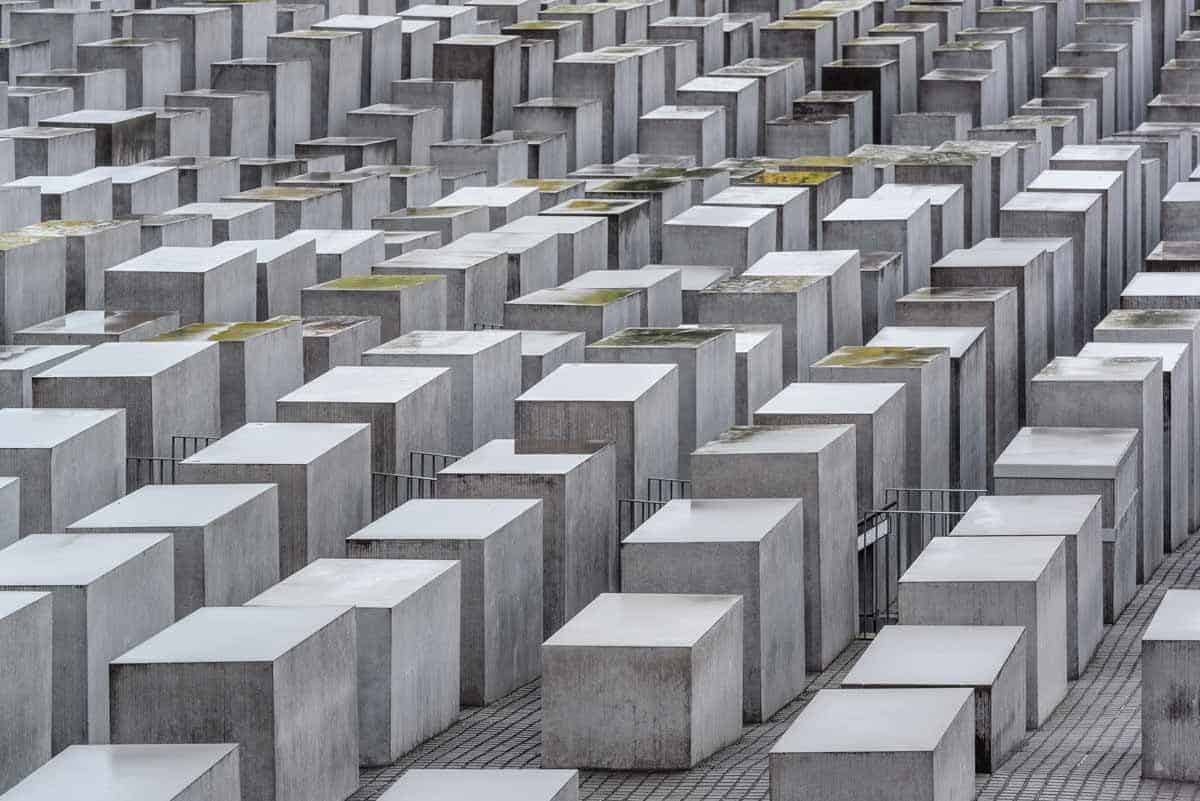 The darkest years of history, those of the second world war didn’t pass without leaving their impact on the lives of the Germans, and the same goes to their spaces and places and the overall atmosphere of some of the city’s boroughs’. I’d put two spots on the must-see list, however sad and depressing they might be, being The Holocaust Memorial and The Jewish Museum. 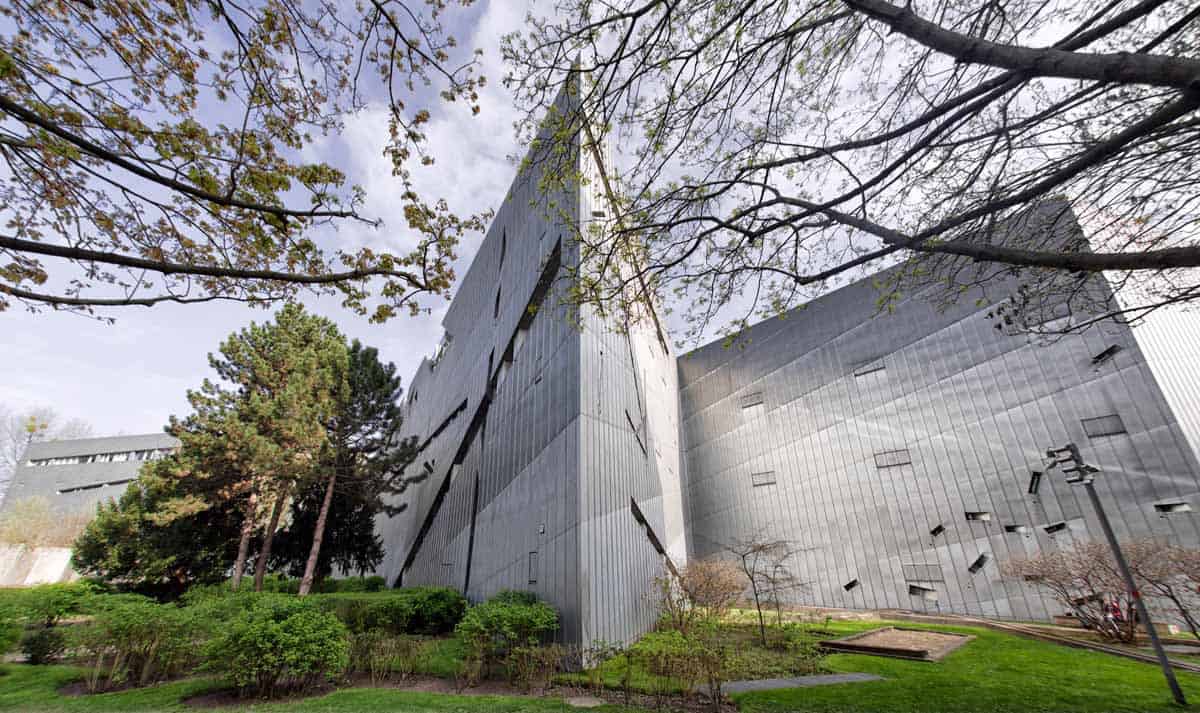 To be honest, the latter is more of a historical museum, but the architecture and the spatial experience is unforgettable. Strangely, going through the horror and depressing spaces is among the top things to do in Berlin, because they teach you something you can’t learn anywhere else and it will stay with you for long… 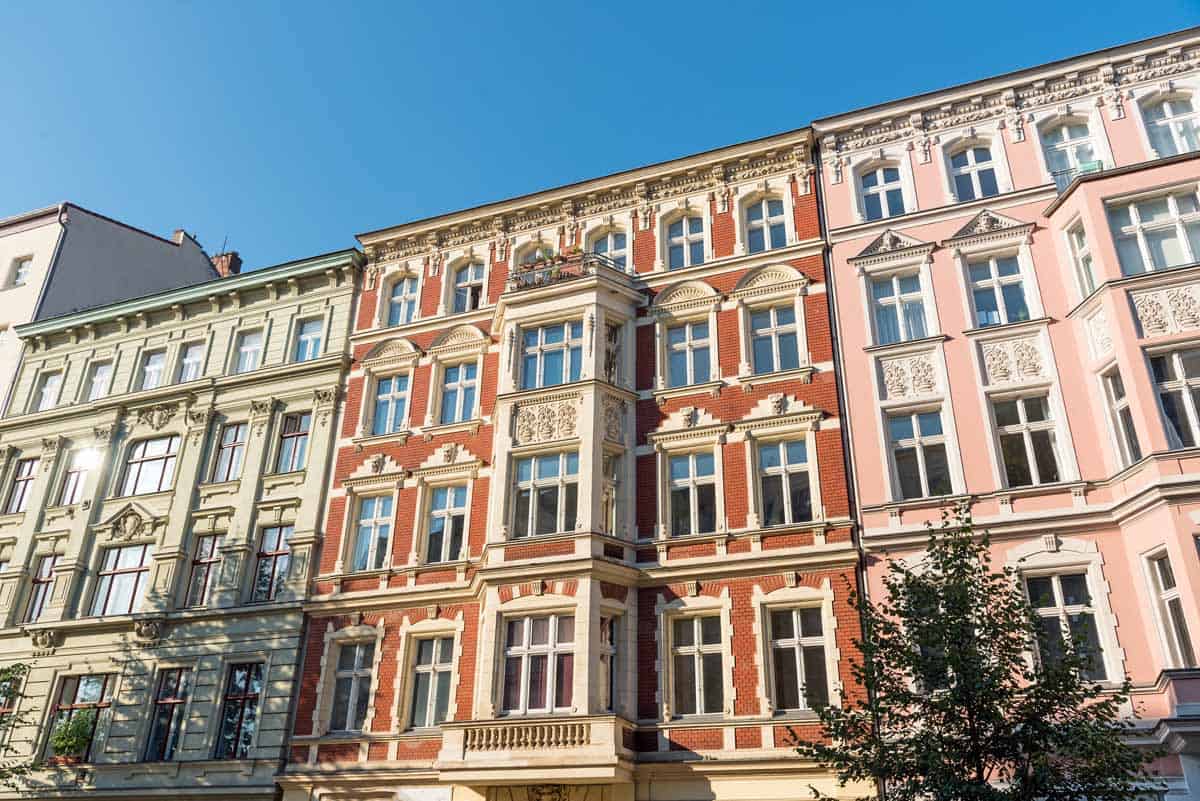 For the almost suburban, artsy areas with pubs and friendly restaurants, head to the Prenzlauer Berg area. The Wall has its piece here, too. Taking a walk around in the Mauerpark or just checking out the flea market is an enjoyable afternoon program, especially if you fill your head with complicated history-related experiences.

Where to stay in Berlin?

Known for its arts and culture, Berlin has been the main hub for those who enjoy creativity, and this certainly reflects on most of the hotels around the city. Here are some of the top boutique hotels in Berlin: Mövenpick Hotel Berlin, Hotel am Steinplatz and Herni Hotel. These hotels start at €140 per night.

If you’re on the budgeted side, we recommend staying at hostels which starts at €18 per night, here are some examples: PLUS Berlin, EastSeven Berlin Hostel, and MEININGER Berlin East Side Gallery.

→ Check out these activities in Berlin 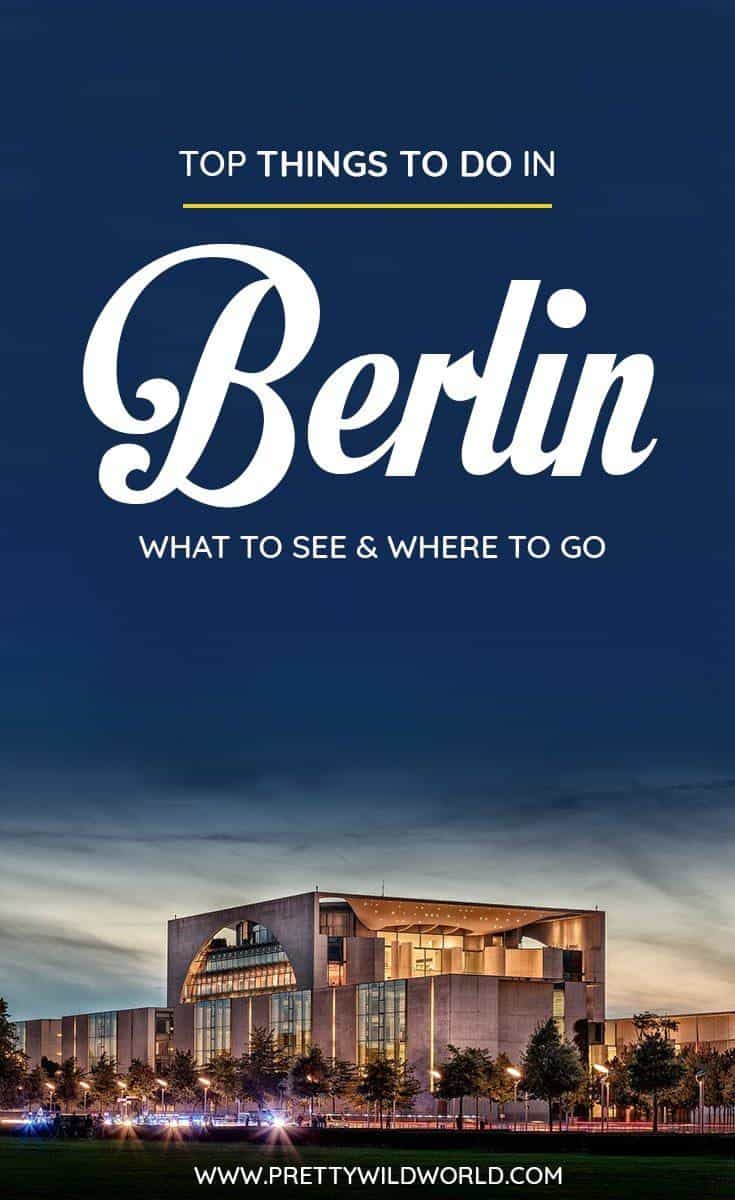