A Guide to Tipping in Sweden for Travelers

Tipping in Sweden is completely a personal choice based on your experience of the place you are eating in.

One thing that I really find daunting whenever I go traveling to a new country is how to act in order to correctly follow the appropriate cultural and social etiquettes of that country.

That’s why it so important to thoroughly research these things before landing in there, such as tipping in Sweden, ordering drinks, etc. Something that I learned much later in life. I remember my first trip to the beautiful Nordic country of Sweden.

From its rich city life to phenomenal historical monuments to its people, everything just took my breath away. One thing that totally had me hooked to this place was, of course, its food. From Smörgåsbord to pickled herring to the world-famous meatballs, throughout my entire week’s tour, I was literally in food heaven.

However, there was one incidence that I still remember. After a long day of sightseeing in Gamla Stan or the old town of Stockholm, I decided to eat my heart out and so entered a restaurant. The food there was Nice, and so when the bill came, I added a tip of about 60SEK after contemplating for a while about whether it was the right amount or not.

The waiter was puzzled but clearly very pleased. Later, when I shared this incident with my Swedish friend, I learned that it is not necessary to tip at eateries and elsewhere in Sweden. Tipping in Stockholm can be done as per your personal preference and experience.

Coming from the States, I thought Sweden would have the same culture of tipping as it is prevalent in America and the UK. It turns out, and it was not. Here in Sweden, you do not tip, for various reasons, one because the workers in restaurants and hotels already earn a lot, so they already make a good living. 2 unless the service is exceptionally good you do not need to tip.

Unlike other parts of the world, especially the US and the UK, where you find people leaving a generous tip behind at restaurants not taking into consideration the quality of service and food, it is a bit surprising to know that Sweden does not have a tipping culture.

However, due to a large number of tourists making their way into this country, this practice is slowly changing.

People now generally do leave a tip at hotels, restaurants, and such especially when the service is above excellence. Even then, it is not expected by the Swedes. They do not get offended even if you pay just the amount mentioned in your bill.

Being a part of the European Union, you might think that Sweden also uses the Euro as its currency. However, that’s not the case as they still use their old currency called Krona. So if you want to tip here, be sure to use Krona and not Euro.

If you have decided to leave some tips behind but are confused as to the correct amount, let’s look at some of the tipping etiquettes followed in Sweden.

A Guide to Tipping in Sweden for Travelers

The hotel‘s bill already includes service charges, so it is totally up to you if you want to add some extra amount or that or not. If you want to tip the housekeeping, the bellhop, etc. 5 to 10 Krona is sufficient.

Tipping at Cafes (round up)

Almost every cafe in Sweden has a tip jar near the cash register, so if you feel like it, you can slip some coins or a Krona in that jar. Tipping in Sweden cafes is pretty easy, and to the point, you see it, you put it. Else you can always round up to the next big number. If the bill amount is 380SEK, you can round it up at 400SEK.

Just like hotels, even at restaurants, the service charge is already included in your billing amount. However, if you get exceptional service and you really want to tip, you can go by the 5 to 10% rule. Or you can round up the billing amount instead. Also, it needs to remember that you do not go overboard with tipping in Stockholm.

Here as well it all depends on your own personal experience, if you got a great service then you can certainly go ahead and pay 5 to 10% of the total bill amount. But then again it won’t be expected of you.

READ ALSO:  Top 8 Things to do in Ystad (Sweden)

You tour bill will already have included the service charge so again, you won’t be expected to, and you do not have to tip your tour guide; however, if you got good service and he/she was really helpful, you can tip around 10 to 15% of the billing amount to show them your gratitude and appreciation.

Just like at restaurants, the rule for tipping your taxi driver is the same, you can round up the billing amount and maybe add a few coins or a Krona or two. This will be very helpful to the taxi driver for first, he will have extra change for his next passenger and also he will greatly appreciate your gesture.

Interacting with taxi drivers is a great way to know more about a place, its famous tourist places, eateries, etc. If you got the required information and help from your taxi driver, it is best to tip them to show your gratitude.

READ ALSO:  Top 9 Things to do in Swedish Lapland (Sweden)

Following an etiquette for tipping in Sweden is totally up to you, and you should not go for it just because. It all boils down to the fact that if you are satisfied with the overall service, you can definitely go ahead and tip them generously if you want.

As for me being a frequent traveler, I always make it a point to tip when I feel like I got beyond excellent service. However, even if I do not get a good enough service, I still leave a few changes behind just a nice gesture. But that is just my own personal preference, and you do not in any way have to follow that.

In conclusion, Sweden does not follow a tipping etiquette, and so while tipping in Stockholm city, use your discretion and go for it only if you like it.

READ ALSO:  Top 10 Things to do in Gammelstad (Sweden) 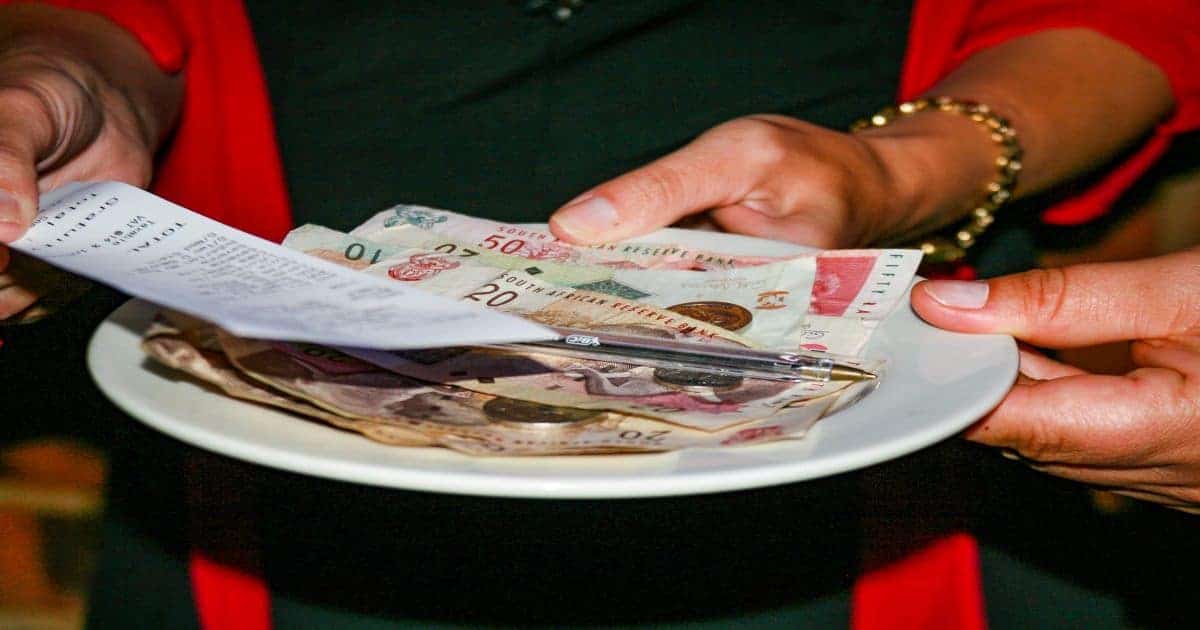