There are seven UNESCO World Heritage Sites in Finland, out of which one is natural, and the rest of six are cultural attractions. Two more sites are recently added.

The United Nations Educational, Scientific, and Cultural Organization (UNESCO) has been aimed to preserve the most essential artificial and natural sites in the world. The organization awards UNESCO World Heritage status to those sites to provide special recognition and protection to them.

There are seven UNESCO World Heritage Sites in Finland along with a national park at Rokua, which has great geographical importance, and all of them have got unique importance in themselves. If you want to explore the rich history of Finland and their culture or capture some of the most serene landscapes in the world, you should visit all of these sites.

Built by Sweden in the mid of 18th century on an island group at the gateway to Helsinki’s harbor, the Fortress of Soumenlinna is a great epitome of European military design of its time.

It is a great monument of ancient military architecture and one of the most visited UNESCO heritage sites in Finland. It is also the suburb with a population of 850 residents in the renovated barracks and ramparts.

The Bronze Age Burial Site of Sammallahdenmäki consists of 36 burial cairns made of granite offering great insight to the religious and social formations of northern Europe and funerary practices dating back to over 3 millennia ago.

This archeological site is positioned in Lower Satakunta at Lappi parish. It is considered to be a precious monument dating back to the Bronze Age. In 1999, the site was awarded the World Heritage status by UNESCO.

The Astuvansalmi Rock Paintings are beautifully located on sharply rising bedrock along the shore of Lake YOvesi and around 16km ESE from Ristiina Church.

The painted rock face is located just opposite to an island named Astuva on the other part of a strait located around 150m ahead. In the lake setting, there are rock paintings of barren beauty with wooden outcrops along the shores which have secured their wilderness feature very well.

The red ochre has been made on a slight and smooth oblique form with the rock paintings on an area that is 4m high and 15.5m wide. It features more than 70 figures of people, moose, and boats. 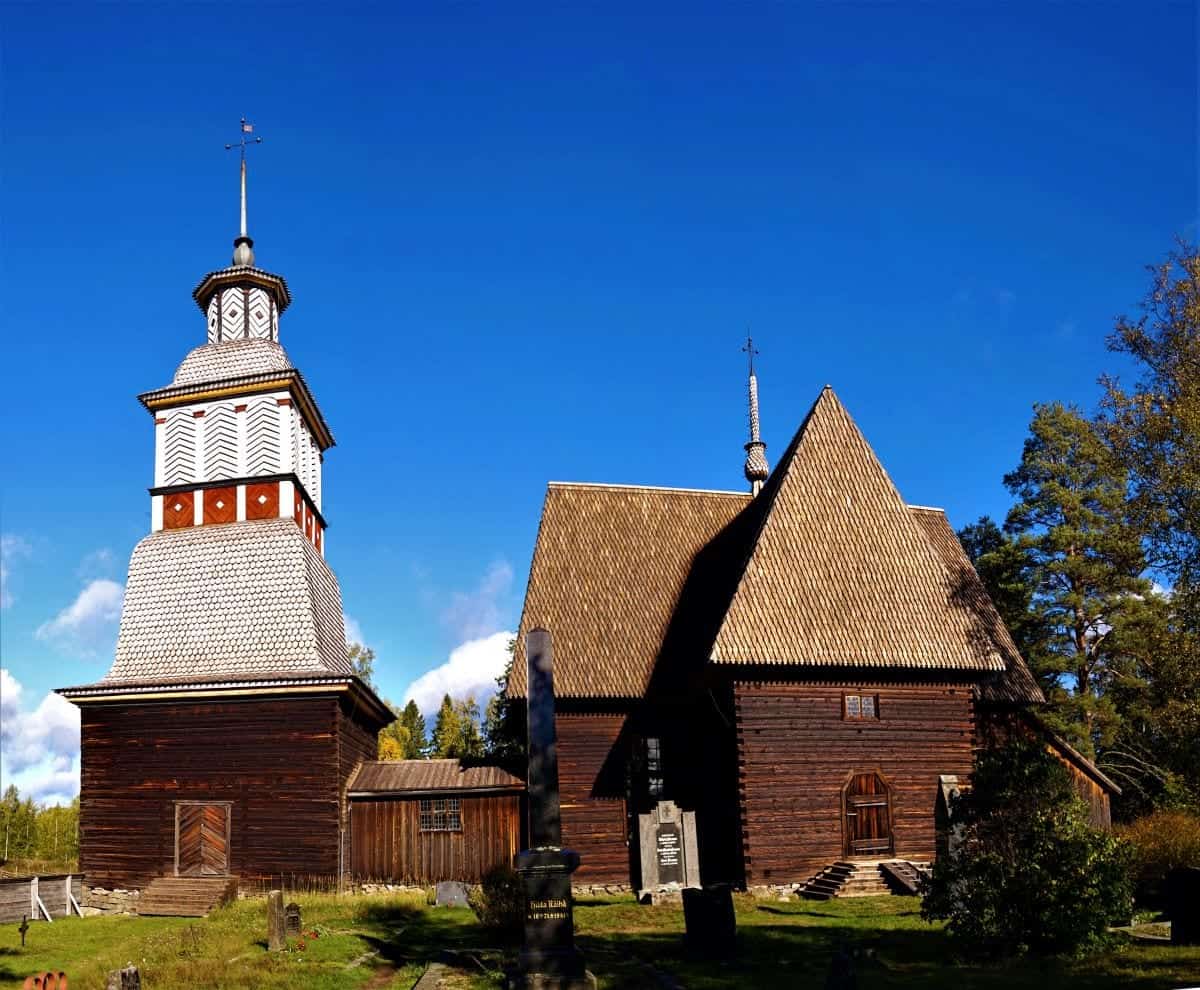 Located in central Finland, Petäjävesi Old Church was originally made of logs from 1763 to 1765 and inscribed in 1994 on the UNESCO World Heritage list. You can find an incredible architecture of eastern Scandinavia in this Lutheran country church. It consists of older forms of Gothic groin vaults and the Renaissance concept of a centrally located church.

It is an excellent epitome of Lutheran country architecture and a unique eastern Scandinavian architecture. This vernacular wooden church survived in its true form well. Its bell tower was built in 1821, and the nearest Pihlajavesi and Keuruu churches were also made in the same period.

Where to stay: Best hotels in Petäjävesi, Finland

Verla Groundwood and Board Mill

Inscribed in 1996 in the UNESCO Heritage list, Verla Groundwood and Board Mill is well preserved with its residential area. It is a well-maintained living epitome of small rural industrial settlements based on paper, pulp, and board production, which later spread its arms into North America and northern Europe in the 19th and early 20th centuries. It is one of the few settlements of its kind which survived to date.

The Verla Groundwood and Board Mill is a small and beautiful industrial complex dating back to the early period of wood processing in Finland. The area consists of power plants, mills, and houses for workers in its rural setting.

The Kvarken Archipelago was inscribed in July 2006 on the UNESCO Heritage list. It became the first natural World Heritage Site by UNESCO in Finland. It is extended from another natural heritage site, High Coast in Sweden. These two areas make a modern geological complex together having an uplift of the land, which is truly unique in this world.

In the Kvarken region, the land uplift is very intense, and its archipelago is changing its shape consistently. Shipping lanes have been shallower, and bays have been turned into lakes, and new islands came out of the sea. The land area is significantly rising by around a hundred hectares every year. This heritage site consists of areas that are owned by the state and privately owned ones.

The UNESCO Global Geopark, Rokua National Park, is located in the Northern Ostrobothnia area of Finland. Lies on the south of Rokuanvaara Hill, Rokua National Park, consisting of old pine forests that grow naturally. The park is stretched over the municipalities of Muhos, Vaala, and Utajärvi and the cities of Kajaani and Oulu.

The national park was founded with an aim to conserve the lichen heaths and geological features of the region in 1956. It is also one of the first national parks established in 1938 and the oldest in Finland. It also lies in the south of ridge formation. It consists of kettle hole marshes, dunes, and transparent lakes, along with old shore embankments and platforms.

Where to stay: Best hotels in Rokua, Finland

Inscribed as World Heritage Site in July 2005, the Struve Geodetic Arc is known for both technological and scientific importance. The Arc was measured and laid out between 1816 and 1855 under the guidance of a German astronomer, F.G.W. Struve in order to determine the shape and size of the earth.

There are station points featured in the Arc of ten countries – Sweden, Norway, Finland, Estonia, Russia, Lithuania, Latvia, Ukraine, Belarus, and Moldova. In Finnish territory, the 6 station points are based in Lapinjärvi, Pyhtää, Korpilahti, Ylitornio, Tornio, and Enontekiö.

Old Rauma is among the oldest harbors of Finland on the Gulf of Botnia. It is even older than Holy Cross Church, which dated back to the 15th century. Rauma was built across the Franciscan monastery, and it is an excellent epitome of a wooden Nordic city. In the late 17th century, it was set on fire, but it still preserved its old vernacular heritage.

Where to stay: Best hotels in Rauma, Finland

Check out these activities in Finland