Top Attractions and Things to do in Tampere (Finland)

Tampere, Finland is the largest inland city in Scandinavia situated between large bodies of water and having numerous rivers and lakes in it. Tampere witnessed an industrial boom in the 1800s as a result of the Tammerkoski rapids introduced to generate power for the city.

The natural surroundings and the historic warehouses along with the worker’s quarters are all included in Tampere points of interest. Sightseers can find plenty of finest museums, art galleries, cultural spots, and many other Tampere tourist attractions.

Those who are interested in history or admire lush parks should visit Tampere attractions to get a close look at nature and feel what it was like living in the old times. The Nordic landscapes occupying the broad lakes and a dense softwood forest reveal the in-depth secrets of this beautiful city.

Tampere has lately groomed into an industrial hub, but the cultural scene remains active. Various events are also hosted throughout the year urging you to discover Tampere tourism.

Let’s explore these top things to do in Tampere and its main tourist spots:

Experiences and top things to do in Tampere 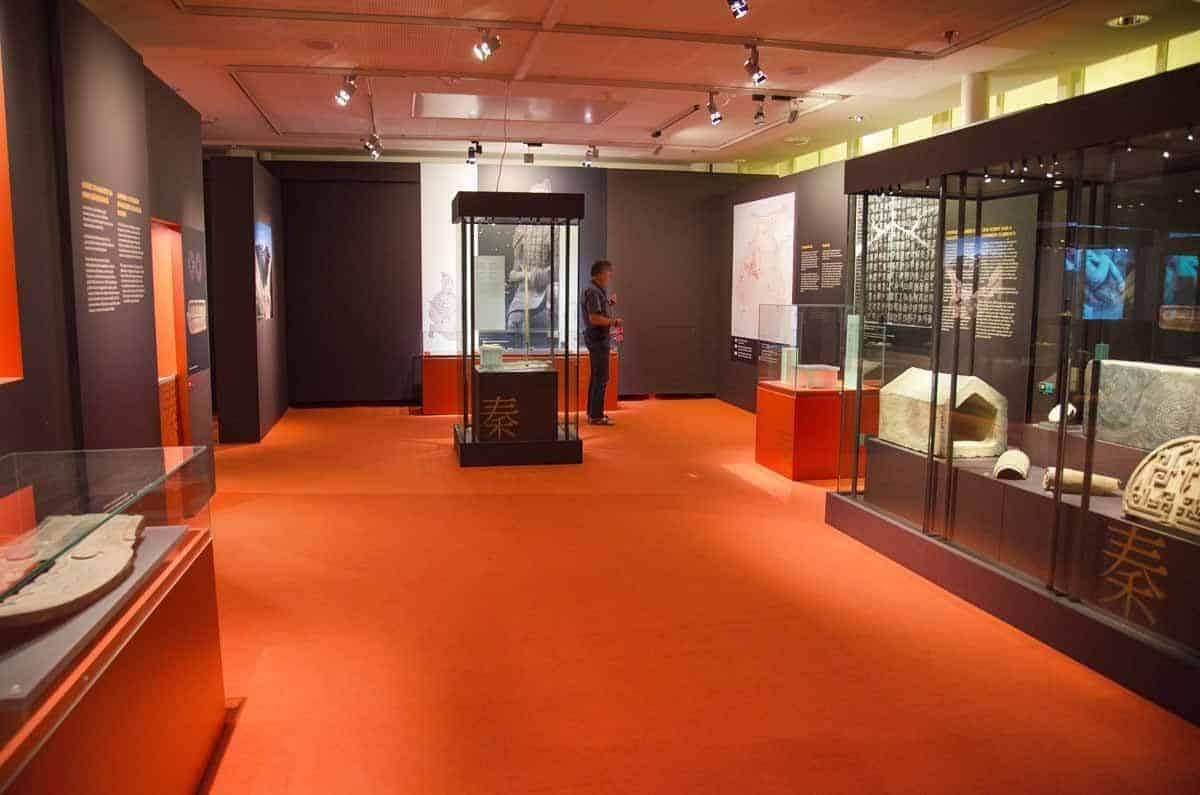 The 20th century heavy industry complex – Vapriikki is a combination of several museums and resides in the former engineering works of Tampella. The museums such as the Doll Museum, Postal Museum, Mineral Museum, Natural history museum, and Media museum make a fantastic Tampere activity for children and adults alike.

This complex is immense in the literal sense as it takes up almost 14,000 square meters also providing space for exhibitions to be hosted. China’s terracotta armies and the Egyptian mummies are the latest arrivals here.

The observation tower Pyynikki is situated next to the waters on the western side of the city. Sitting on top of the gravel ridge formed due to glacier activity, this tower offers astonishing Tampere sightseeing. You can either take the lift to the top or try climbing the stairs – they can reward you with many viewing angles.

The Pyynikki Observation Tower was rebuilt in 1929 after it was damaged in a bomb blast in the First World War replacing the old wooden tower from the mid-1800s. Around the tower is a spacious place for visitors interested in late-night strolls and also provides unobstructed breathtaking views of the city. There’s also a famous cafe in Pyynikki that amazes the tourists with freshly baked doughnuts.

Built-in the Nordic romantic style, the Lutheran Church is a must-visit Tampere tourist attraction and ages back to the 20th century. Tampere Cathedral is an awe-inspiring presentation of Art Nouveau and often said to be its offshoot.

The artist Hugo Simberg painted and adorned the interior of this church with sparkling frescoes between 1905 and 1906 giving a look of uniqueness in this Cathedral. The Wounded Angel voted Finland‘s national painting in 2006 is also present here. However, The Garden of Death painting has three scary figures in it that aren’t much popular among the kids.

Still wondering what to see in Tampere? Think no more because Kaleva Church is a major Tampere highlight and an astounding architectural creation. This church was designed by Reima and Raili Pietilä in 1966 and became a protected building a decade ago.

The appearance of this church is extraordinary and looks more like a giant concrete silo from the side leading to its famous nickname “The Silo of The Souls.” The interior of this building is very bright with folded walls and windows that extend up to the roof from the floor.

A famous Tampere attraction and part of the Vapriikki complex, Finnish Hockey Hall of Fame preserves the enriching history and legacy of the most popular sports in Finland. Ice Hockey was first introduced in the late 1920s in Finland and wasn’t much popular until an indoor arena was built in 1965.

The Finnish National Team has won many awards in the last 50 years from being a World Champion to Olympic medals. Visitors can take a close look at the ice hockey equipment, study the evolution of training and pay tribute to the stars.

One of the best things to do in Tampere in summer and a wonderful place for your kids and way more than an amusement park, Sarkanniemi is a famous Tampere point of interest. Being a wonderland, this park has all sorts of fun rides such as an angry-bird-themed spinner, obstacle courses, trains and bouncing castles that are pure joy.

For children more than the age of 5, there are thrilling roller coasters of 5 different kinds. Not only that, but this park is also a bliss from an educational perspective as it holds an aquarium with over 200 different water species and a planetarium.

Nasinneula Tower is worth visiting the Tampere tourist spot being the tallest observation tower reaching up to 168 meters. This magnificent tower was constructed in 1971 and resembles the Seattle Space Needle.

There’s a revolving restaurant around this tower offering a lavish dine to the tourists. Take the lift up to the top and get a chance to observe the breathtaking sights of Tampere’s city-space, Nasi park, lakes and the soft woodland below.

The heart of Tampere sightseeing – Hatanpaa Arboretum is a park few kilometers in the south of the city known for its refined atmosphere and a soothing a lakeside saunter.

Hatanpaa Manors is a blend of Finnish classical touch and English architectural style and resides in the Arboretum. The stunning strolls in summers between the lush deciduous trees and the flowerbed of crocuses along with the rose garden make it the top-rated Tampere activity. Lake Pyhäjärvi is also present for fantastic sightseeing.

Saunas are a specialty of Finland and Tampere tourism is never complete without them. Rajaportti sauna is the oldest in Finland and dates back to the time when the city had reached its industrial peak.

It was initially built for the industrial workers of Pispala District and is still in use. Kaupinoja and Rauhaniemi are some other saunas on the lake-shore that offer the alternative of ice swimming in the winters.

Experience some of the lake activities during summer

Tampere lake activities are your chance of outdoor fun if there isn’t a thick layer of ice of course. You can either join an organized group activity at the lake city or head out for the thrilling kayaking tour.

Stand-Up Paddling is also another fun activity you’ll get to do at the Lake Näsijärvi. River floating at Lempaala in the south of Tampere also proves to be adventurous among the tourists. What’s more is that you don’t need to buy your gear, its all included in the package.

Viikinsaari island is situated in the center of Lake Pyhäjärvi and tourists can visit this island through ferries leaving from Laukontori harbor. Said to be the top Tampere tourist attraction, you can walk or ski across the lake in the winters.

The local government also organizes all sorts of activities, games, and events. From dance classes to live music nights, anything can be hosted through the booking in the island’s office.

If you are a foodie, try visiting the Tammelantori market of Tampere. Mustamakkara – a delicious black sausage made with pork, barley, rye flour, and blood is a real delight of Tampere and famous all over Finland.

These pickles are served with a carton of milk and lingonberry jam on the side double the taste. These markets remain open all week except for Sunday. The doughnuts here are also very succulent according to the tourists.

Amuri Museum covers an entire block and occupies five residential buildings presenting the industrial boom of the 19th and 20th centuries. Giving you a close view of the factory worker’s life, you’ll learn how they spent their time and celebrated birthdays and weddings.

The living legacy of the industrial development from 1802 to 1973, Amuri Museum is a worth-seeing Tampere tourist attraction.

What to see in Tampere? Go to one of the largest Market Hall of Finland dates back to 1901. This Nordic hallmark has all the collections of goods and stuff, and you won’t find any better place for shopping.

If you are on the journey to try the Finnish Delicacies, this is the point. The smoky reindeer meat, cheese seller bakeries, fishmongers and the delicious, healthy vegetables get this market hall in the long list of Tampere points of interest.

The exhausting list of Tampere tourist attractions ranging from cultural sites to historical attractions is meant to be explored. Tampere also has the best variety of theaters in all of Finland. Distinctive festivals and lively musical concerts feel like happening right at your doorstep.

All in all, Tampere is the perfect blend of the urban world and the natural atmosphere with an abundance of cultural festivals, events, and theaters.

→ Check out these activities in Finland

4 shares
Best Lock for Luggage: 20 TSA Approved Locks and Travel Padlocks (2020)
← Previous
Top 12 Things to do in Mallorca (Spain)
Next →