Ireland is one of the most amazing destinations of Europe, which is a North Atlantic island and is connected to Britain by North Channel, Irish Sea, and St. George’s Channel in the eastern part of the island.

The island is blessed with the most beautiful setting starting from the scenic beauty to the breathtaking landscapes and rich in terms of history and culture. The ambiance of this beautiful island is amiable and joyous, which makes it a perfect holiday destination.

Being itself the most stunning island in the world, Ireland comprises of various other islands that are going to drown you in its beauty.

If you are thinking of how many islands in Ireland? Well, there are many, and a majority of the islands in Ireland are situated off the northern and western coasts which are completely unspoiled due to lesser tourist crowds and hence the beauty and culture of each of them are well preserved.

So to make your vacation exciting, here is the list of the best islands in Ireland that should not be missed at any cost. Don’t forget to add or include some of them in your Ireland itinerary!

Skellig Michael Island is a stunning rocky island of Ireland that is situated at a distance of 13kms to the western side of Bolus Head that lies on the Iveragh Peninsula of Kerry County in Ireland. The island comprises two rocky pinnacles-Skellig Michael and Little Skellig.

Skellig Michael is the prime attraction of the island that floats on the Atlantic Ocean having an elevation of 714 feet and an eye-arresting scenic beauty. The towering peak of the mountain houses the historical monastery is dating back to the 6th century, which is a significant tourist attraction.

The Little Skellig, on the other hand, features 23,000 pairs of gannet nest at every point due to which it is also called the largest gannet colony of this planet. Another gorgeous attraction of the island is the Stone huts in the shape of a beehive. It is believed to be the meditation site of the monks in ancient times along with holy well and St. Michael Church that are also the biggest attractions of the island.

You might also be interested in these: Islands in England, Islands in Scotland, and Islands in Wales

Great Blasket Island of Ireland is a stunning natural beauty covering an area of 1100 acres and stretching over a length and breadth of 4 miles and ½ miles respectively. The island is the main one from the group of Blasket islands in Ireland while the other islands are known as Beginish, Inishnabro, Inishvickillane, Inishtooskert, and Tearaght Island.

The island consists of rugged stonewall structures, mountain slides, stone wall fields accompanied by the mesmerizing views of the Atlantic Ocean that will take you back to the medieval times of the ancient era.

The island is a land of uncovered histories at an altitude of 1,000 feet above sea level. It also consists of an abandoned village, which once used to be the residential area of the fishermen and farmers. The island holds unreal scenic beauty with mystery in every turn that fascinates every visitor traveling there.

Aran Island is a perfect destination in Ireland to enjoy short holiday breaks. The island is a rugged Irish beauty situated at 48km off the Galway Bay and close to Clare coast and Cliff of Moher in Ireland’s western coast. What makes the island unique are its preserved culture, heritage sites, and breathtaking landscapes.

Visitors can reach this island by flight and take a mesmerizing ferry ride from the Rossaveel ferry port close to Galway. Aran offers many exciting activities for all kinds of tourists. The sports enthusiasts can enjoy playing golf in its landscapes, and the trekkers can have a wonderful time hiking the mountain areas and forest trails.

The mountain bikers can fly like a free bird in the terrains of the island, and history lovers can enjoy the ancient stone circles, age-old castles of the island and the foodies can have a wonderful time in the local breweries with delicious food. It is one of the most prominent islands of Ireland and a must-visit destination.

If you are unaware of what is the largest island in Ireland, Achill is the one covering an area of 148 sq.km. The island lies in Mayo County of Ireland with a total population of 2,700 residents. It is not just famous for its picturesque eye-arresting scenic beauty among the tourists but also because of its two lovely beaches, known as Keem bay and Keel Beach.

The Keem Bay beach is pretty much like the Caribbean beaches with beautiful green mountains and flocks of sheep roaming here and there while Keel beach is dedicated to water sports activities. Some of the best attractions of this island are- Croaghaun, Achill Secret Garden, The Deserted Village, Granuaile’s Tower, and the Achill Atlantic drive, which is a 40km route with heavenly beauty best to be explored by a bicycle and even by a car.

The island has some of the best water sports activities like Sailing, Abseiling, and Windsurfing, diving, etc. which are pure love for adventure addicts.

Sherkin Island is another famous Irish island also known as Inisherkin lying to the southwestern part of Cork County in Ireland. The island is widely known for being the ancestral residential location of O’Driscoll Clan and famous among the tourists for its panoramic Atlantic views, fine sandy beaches, and beautiful fuchsia lanes.

The island has rich historical importance having the ancient Franciscan Abbey dated back to 1460 that was constructed by Fineen O’Driscoll. The island is also popularly known as ‘Artist’s Studio’ due to its artistic natural beauty just like a painted picture. Another captivating attraction of this island that serves as a visual treat for visitors is its ‘Silver Strand,’ which can be visible from its beaches through the Atlantic up to the Cape, Cleat Island.

The island also consists of a well-operated lighthouse with a Roman Catholic Church. The island is also great in terms of local accommodations having two pubs, a restaurant, coffee shop and even a community center.

Other places to visit in Ireland: Things to do in Dublin, Day trips from Dublin

It is a gorgeous island lying off to the southern coast of Lough Gill in Ireland. The island is also known after the famous poem ‘Lake Isle of Innisfree’ written by William Butler Yeats. Who always longed to have the peaceful panoramic settings of Innisfree island and hence when he heard the sound created by water from a fountain in a shop he got traveled back to his childhood days and then wrote the famous poem on Innisfree island.

The island is famous for its lake which is the same as one described by Yeats in the poem that stretches for a length of five and a half miles having a mesmerizing scenic beauty to seek peace in the lap of nature. The island covers a total area of 1 square mile with beautiful golden sandy beaches and also serves a cultural center for music, dance, arts, crafts, and poetry hosting different events related to the heritage and culture.

It is a renowned island of Ireland situated in Glengarriff harbor and also forms a significant part of Bantry Bay located in the Southwestern part of Ireland. The island is relatively small covering an area of only 37 acres and is very well decorated with trees, different kinds of plant species and various types of colorful flowers.

The island due to its exotic flowering species is also known as the Garden Island. If you want to visit this breathtaking garden island, then you have to reach it between March to October because at other time of the year especially during the winter season the garden is not allowed for visitor access.

The color of this garden changes in each different season and looks dramatic during the autumn season in September to October. Some of the best attractions of this garden island are- Glengarriff Woods Nature reserve, Glengarriff Bamboo Park, The Beara Way, and the Ewe Experience Glengarriff.

Other countries to visit near Ireland: The UK and France 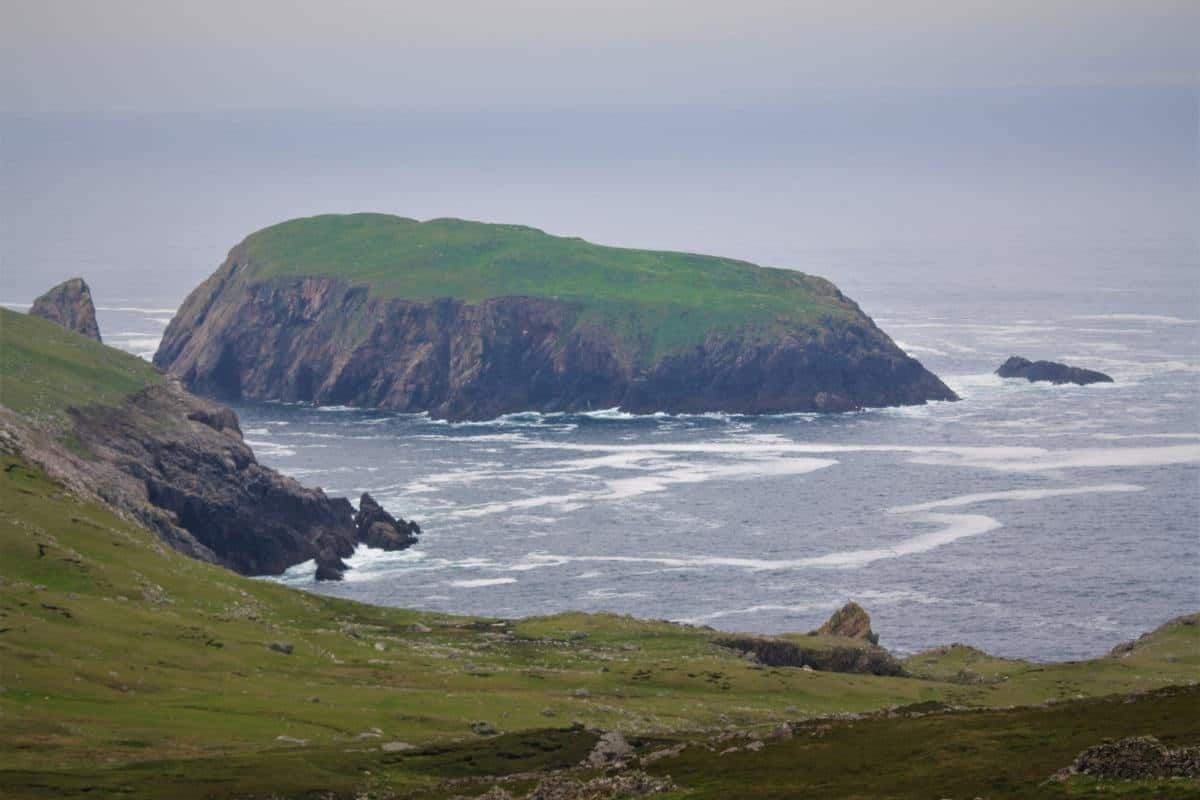 It is the largest island of Donegal county lying off its west coast at Ulster in Ireland. The island speaks Ulster Irish and has a population of more than 600 people. The island is very rich in its own culture and heritage that has been followed from ancient times and mostly follow the Gaelic Traditions.

The island is surrounded by majestic mountains and rocky cliffs with sandy beaches of the Atlantic Ocean and gives mesmerizing scenic views when looked upon from any highest point in the surrounding area. Arranmore Island is great for adventure lovers to trek in its rugged terrains and enjoys water sports activities like Sailing, Kayaking, Sea angling, diving, etc. to emerge themselves in the wild water adventure.

The island houses the ancient Fort of Ullin from the period of 800BC at the top of the mountain peak that is a must-visit attraction for every tourist giving heavenly views of the adventurous island. The island is great to connect with the local people and emerge yourself into the typical Irish coastal culture.

The island houses the Napoleonic signal tower dating back to ancient times standing tall at 688ft from sea level. The island is mainly known for its exclusive bird sanctuaries and the unique floral species, which are hard to find anywhere. The island has a painted scenic beauty and offers the best of ferry rides and sea diving opportunities.

Visitors can also spend some lovely time in the Tranaun and Curran beaches located on the eastern side of the island having crystal clear blue water that serves as a perfect picnic sport with activities like hiking and swimming.

Need some help with what to bring? Check out our Minimalist Packing List! 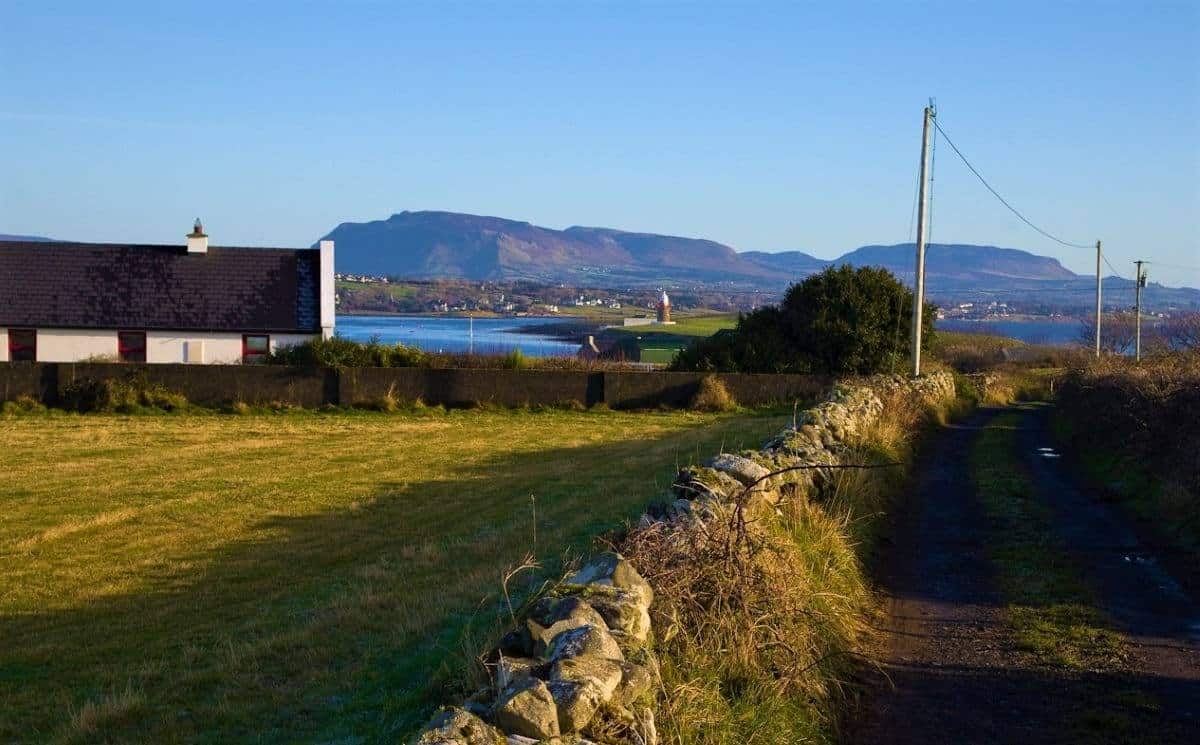 Also known as, Inishmulclohy, Coney Island is a popular name when you browse through the query of what are the islands off the coast of Ireland. It covers an area of 400 acres and lies in Sligo County in Ireland. The offshore island, along with its breathtaking scenic beauty gives you an adorable sight of rabbits moving all around.

The island is perfect for holiday breaks with accommodations for tourists having the luxurious Inishmulclohy lodge that will provide you with an excellent opportunity to take a walking tour of the island, go for sea fishing and also for sea surfing. The island has much mysterious folklore associated with it regarding fairies, mermaids, and even spirits.

The best attractions of the island are- St. Patricks wishing chair, St. Patrick’s well and few beautiful old forts that seem to be picked straight from the fairytale. It is an excellent destination for a short family trip providing ultimate relaxation.

Planning to visit Ireland soon? Learn how to find cheap flights to get there!