Top 8 Things to do in Ystad (Sweden)

The beautiful city Ystad is a part of Skåne or Scania (Southern Sweden). It is the part of the south coast of Scania, where you can find some awesome beaches in the west and east of the city.

Ystad was firstly settled in the 12th century and had a beautiful medieval center. It was also allied with the Hanseatic League that is joined in the 14th century.

There are several festivals hosted by Ystad, and it has a lovely art museum, many more attractions to see and places to visit in Ystad.

Ystad is a small but attractive city to explore such beautiful and historical things. Here are the things to do in Ystad:

Experiences and top things to do in Ystad 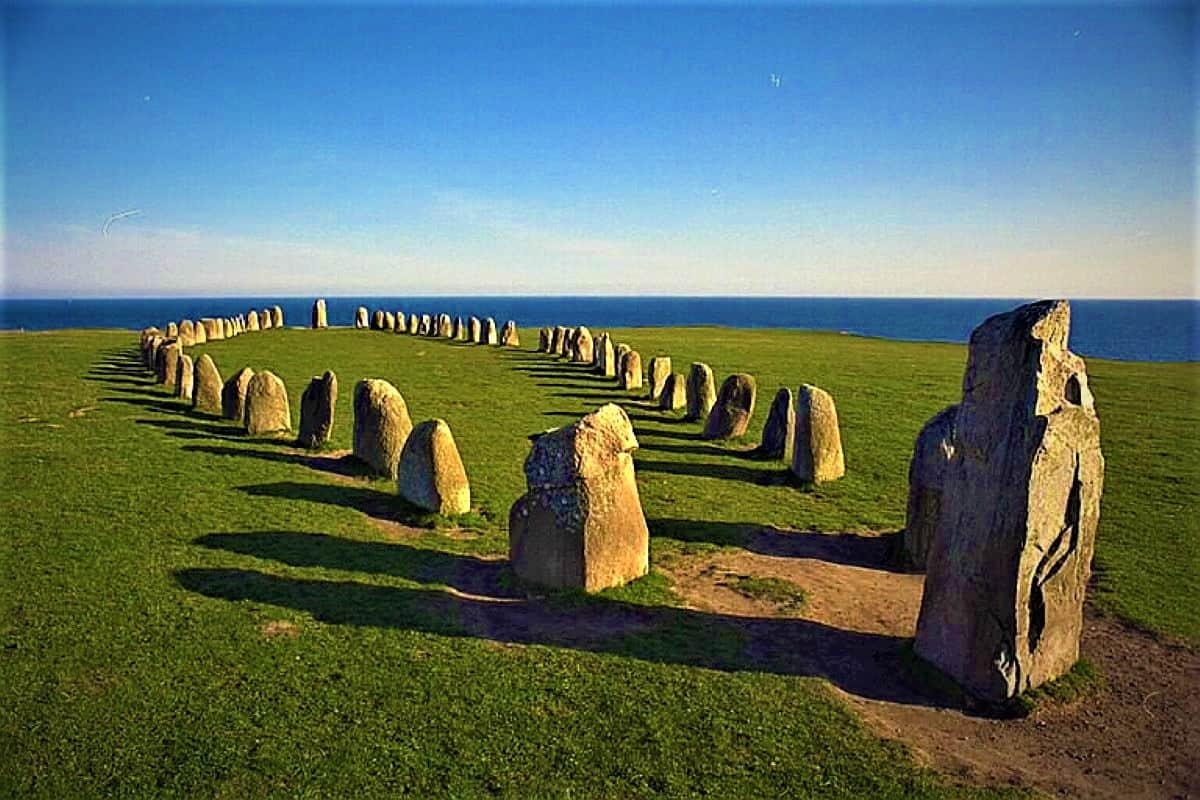 Ales Stenar is located on the east side of Ystad, and it is one of the mysterious places in Sweden. The mysterious monuments of early Iron Age have designed with 59 big boulders that are systemized in a 67-meter long boundary design.

It has a spectacular sight over Österlen’s hilly landscape and the Baltic Sea. It is believed that the monument originates from the early Iron Age (500-1,000 AD).

Ales Stenar’s visit is well worth it if you are planning what to do in Ystad in the Southern Sweden region. All the magnificent coastline of east Ystad will make you mesmerized with the old-time movements.

Ystads theater is the massive theater in central Ystad city. It was built in 1893-1894, and an urban architect Peter Boisen drew.

The original name of this theater was “Ystad’s New Theater” it was situated opposite to an old theater at Stortorget. When the theater was built, it had 500 seats.

You can see the various unique collection of painting those are painted in Carl Grabow’s studio.

It is also known that the theater is a portion of the Nordic section of European Road Historic Theaters.

Saint Mary’s Church is the first church on the Ystad site. It is a Romanesque basilica-shaped church building built in the 13th century.

It was rebuilt during the 14th and 15th centuries and acquired the more beautiful look, and that is how it looks today. In the 18th century, a few more changes and interior work was done, and until 1830, it was partially reconstructed.

You can see so many amazing paintings and historical things inside the church.

The Abbey in Ystad

The Abbey in Ystad is the best and famous landmark Abbey in Sweden. It was founded in 1267 by Franciscan Munks, called Grey Friars.

It is the renowned abbey where you can see the Exhibitions and other activities in Ystad almost all year.

This famous medieval church and one of the Ystad landmarks built in Brick Gothic style based on the old structure. It is open to various museum visitors and other tourists.

You can enjoy the good plants in the herb, cabbage, rose, and peony Gardens around The Abbey.

Also, you can purchase various designer items and handmade crafts in the museum shop. If you are a sweets lover, you can buy from the shops.

If you include visiting the Salt Creek Spa in your vacation plan, it will be a big plus of your trip. You can do lots of activities at Salt Creek Spa along with very vocational handling.

The sophisticated atmosphere of this spa is very relaxing for the guests to reduce their stress. For various reasons, Salt Creek Spa became famous and getting so many tourist attractions in Ystad.

The Ystad Studios Visitor Center is for those who are a fan for Wallander. This is the best place to visit in Southern Sweden.

The museum is built next to the Ystad Film Studios. It also includes set and props from the “Wallander” Films. It is within walking distance from the center of town, but still, its visit is worthy.

Also, you can get discounted tickets on Mondays if you are a newcomer.

For nature lovers, the Aberg Tradgard is a place where you can see a variety of plants and trees.

You can get a good coffee and enjoy the cozy place to have coffee with organic ingredients. The cafeteria also offers other things to eat like cakes, sandwiches which are made from their gardens ingredients.

It is a well-known thing that there are so many things to see in Ystad, the Marsvinsholms Slott is also one of them. Marsvinsholm Castle was built in 1648, and it is located in the west of Ystad.

You can see so many impressive buildings in the surrounding area plus an elegant antique market across the street. The live theatre outside in the summer makes this an appealing stop to make.

In the summer season, you can do and see various things; the castle is open for visitors all year round.

→ Check out these activities in Sweden